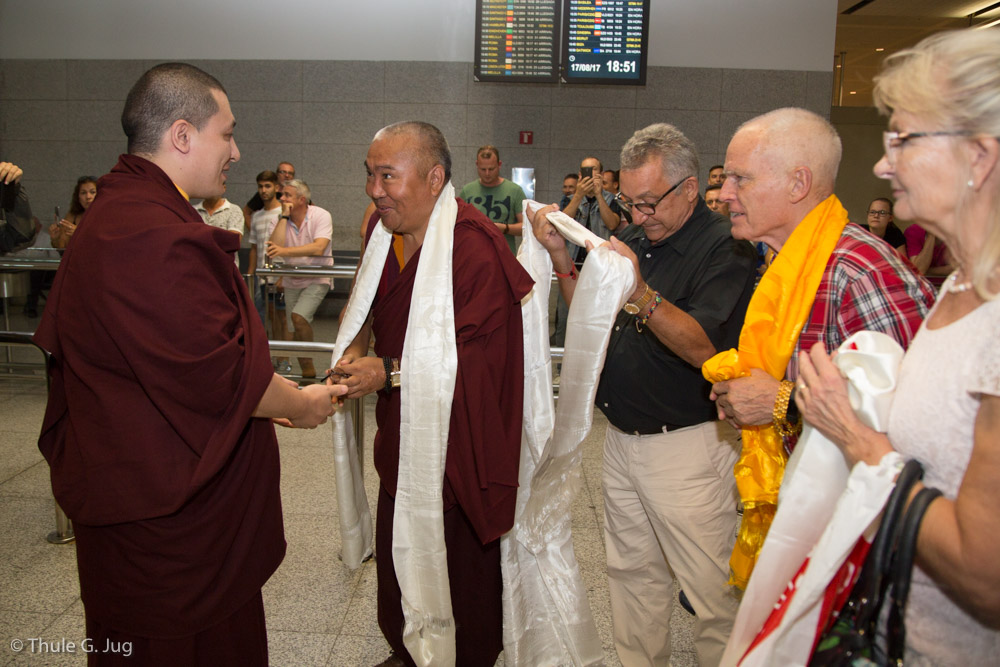 Gyalwa Karmapa and his entourage arrive in Malaga

On 17th of August HH Gyalwa Karmapa and his entourage travelled to Malaga in Spain.
His Holiness was received at the airport by Nendo Rinpoche, Lama Ole Nydahl, Pedro Gomez with his family and many other well wishers.
About one thousand members of the Diamond Way centres were already waiting for the Karmapa at the Karma Guen retreat centre.

On 18th of August, the Mahakala Room, which is underneath the main temple in Karma Guen, was inaugurated. Only His Holiness, Lama Ole, the Rinpoches, the monks and a small number of lay people attended in person the Puja and the Rabne of this very special Mahakala Room.
The participants of the programme, numbering upwards of 3,000 people remained in the temple and followed this part of the Puja ceremony on the screens, via live streaming.
In the afternoon, Karmapa and the notables rejoined all participants in the temple to complete the Mahakala Puja.
Among European Temples the Thaye Dorje Gompa in Karma Guen is noted for the outstanding and beautiful traditional paintings by the hand of Dawa Lhadripa, Master thangka painter of the Karma Gardri tradition. 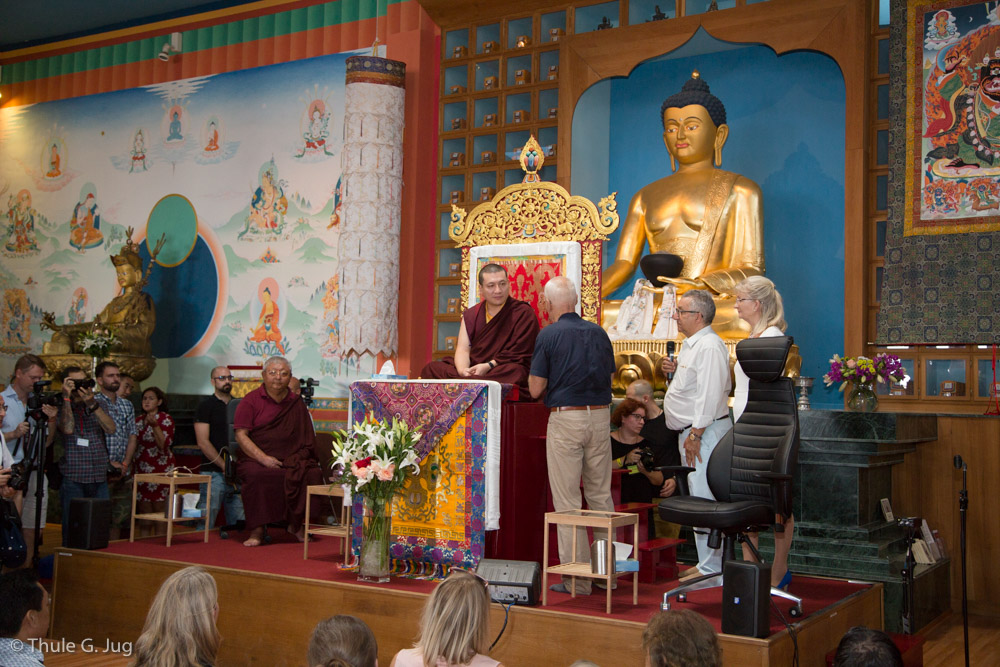 On 19th of August the Karmapa granted a Mahakala empowerment for over 3700 people. The power of such a gathering was impressive. 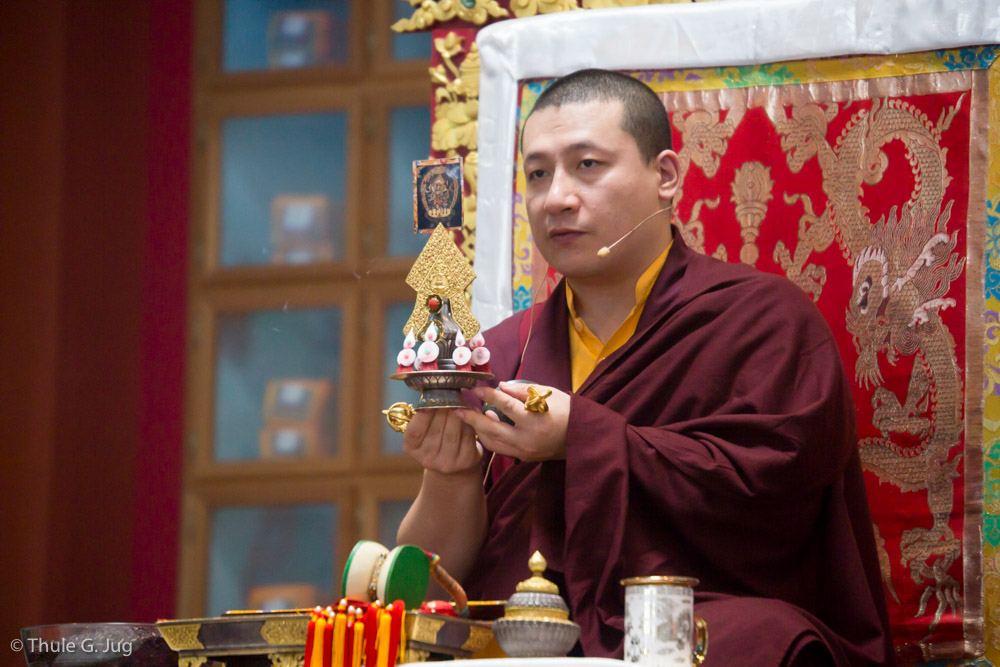 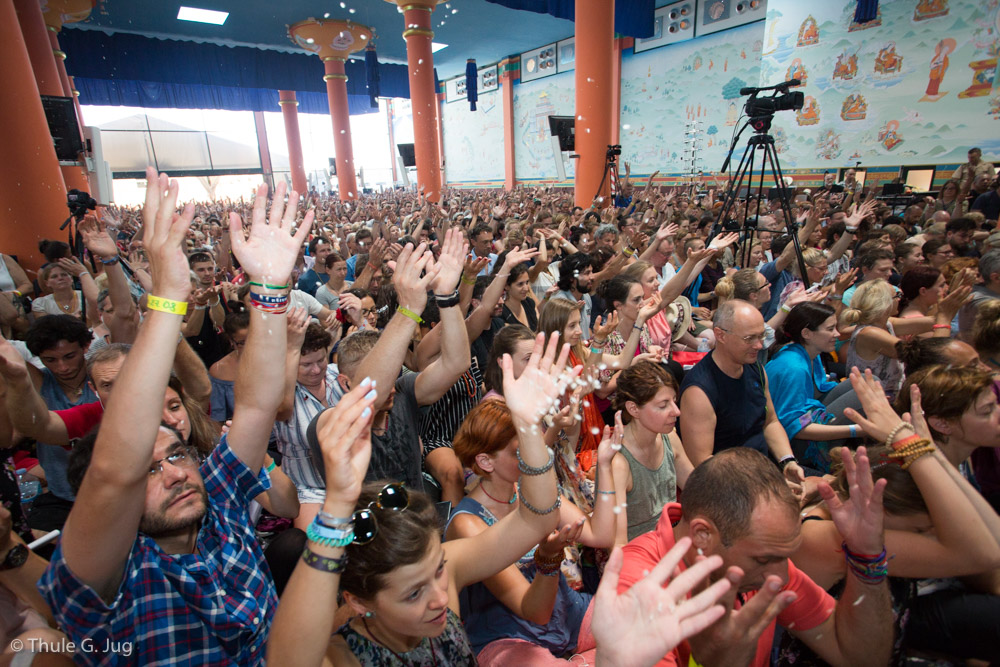 On 20th of August the Karmapa met at 10am with the translators of the ITAS translation project and gave further enabling advice on their work.
This was followed by an opening ceremony of the International Institute for Tibetan and Asian Studies (ITAS).
HH Gyalwa Karmapa, Lama Ole Nydahl and Antonio Moreno, the Mayor of Velez-Malaga, formally opened the newly refurbished rooms. The building serves different purposes. The offices and reception are on the ground floor. The first floor is taken up by the ITAS library as well as rooms for the ITAS translation team of Karma Guen and the Rangjung Dawa Art School. The top floor is dedicated to art – currently an art exhibition is on display there. In the basement there are several guest rooms and a meditation lab, where research on meditation and mindfulness is undertaken under the guidance of Peter Malinowski from Liverpool John Moores University. 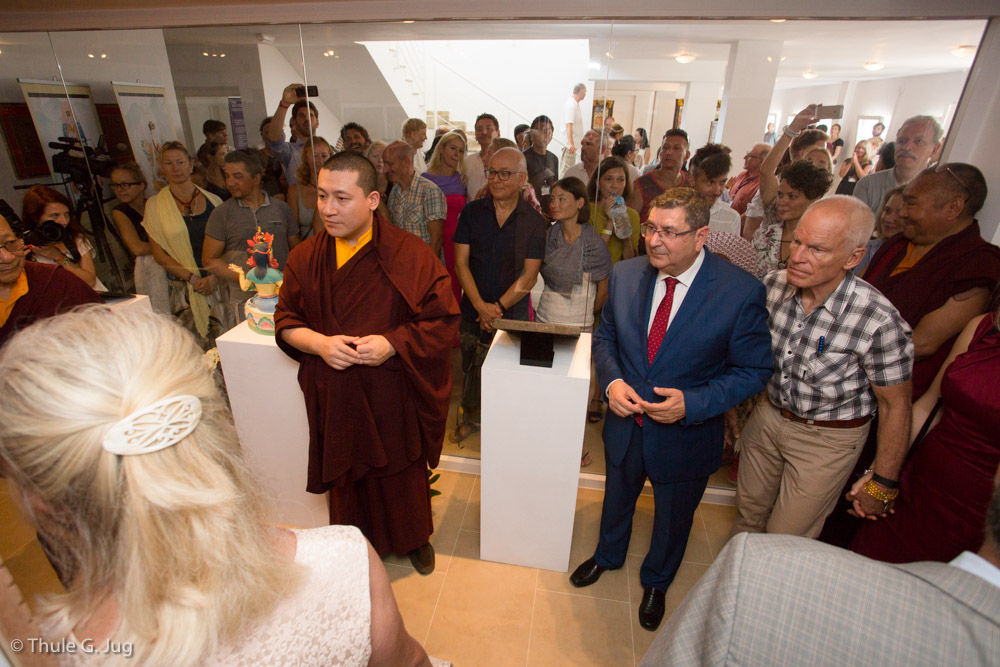 In the afternoon Gyalwa Karmapa granted an Amithayus Empowerment for up to 4000 people. 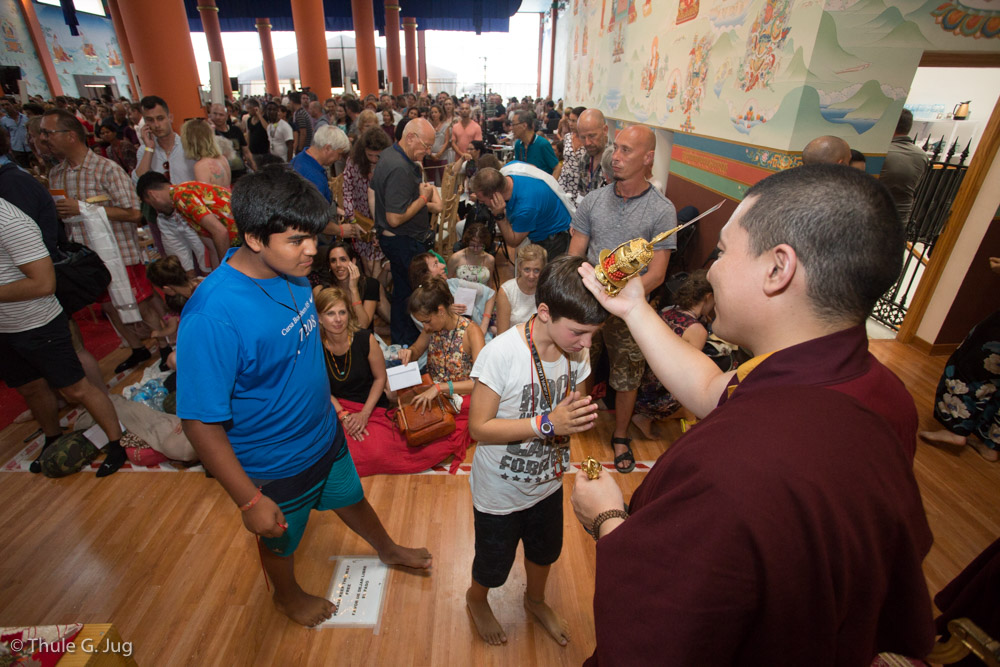 On 21st of August His Holiness gave teachings on love and compassion. The teaching was followed by the Chenresig “Loving Eyers” Meditation.

In the afternoon Karmapa Trinley Thaye Dorje travelled to Granada to bless the new Diamond Way Buddhist Centre of the town. A beautiful, traditional and very charming old house will be adapted for the needs of the Sangha of Granada. 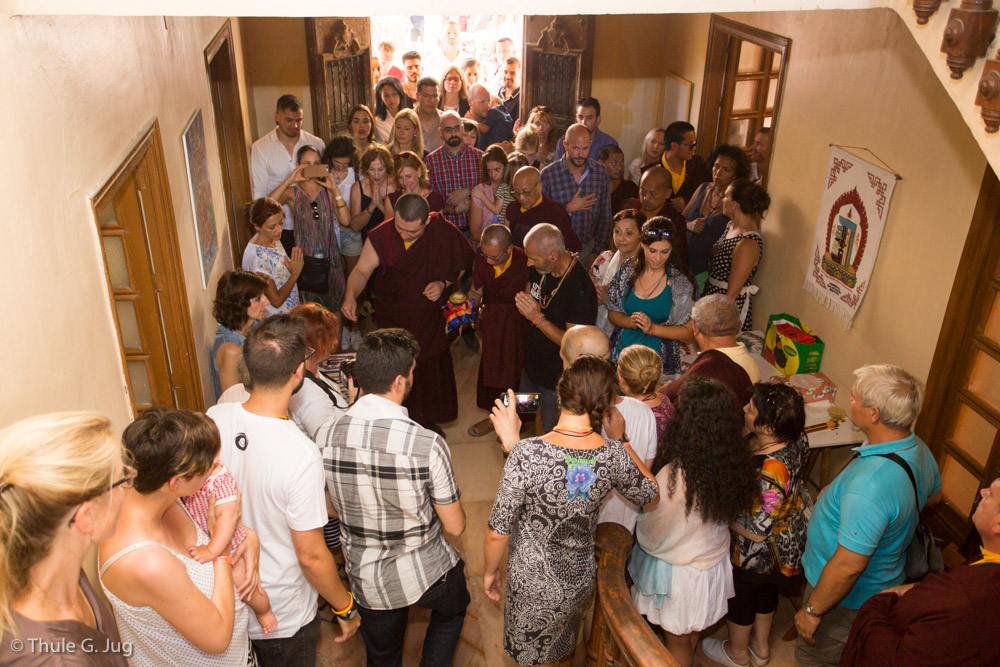