In this section we share letter messages from His Holiness the 17th Karmapa or from the Private Office of Gyalwa Karmapa.

In separate section there are announcements and information about upcoming events. 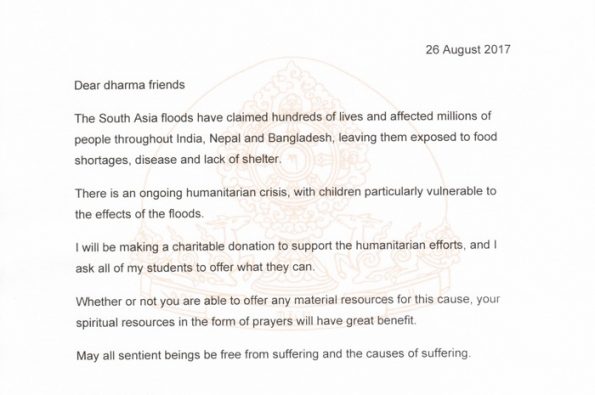 This August massive rain caused floods across Northern India, Bangladesh and Nepal. Over thousand people lost their lives, many more their homes. Aid agencies say that this is becoming one of the worst humanitarian disasters in Asia in recent times. Concerns are rising about disease and shortages of food not least because the flooding is […] 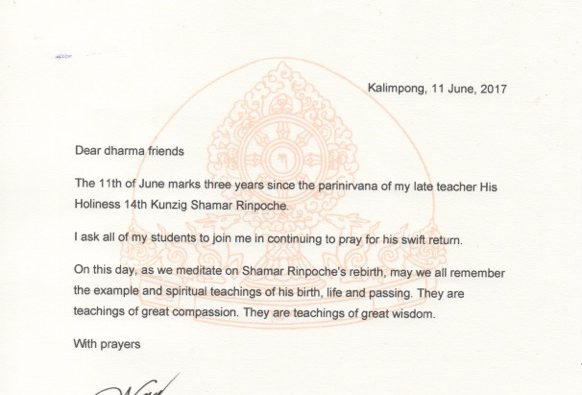 Thaye Dorje, His Holiness the 17th Karmapa, asks his students to continue in prayer for the swift rebirth of Shamar Rinpoche.  On the 3rd anniversary of Sharmapa’s parinirvana, Gyalwa Karmapa reminds us that the example and spiritual teachings of Shamarpa’s birth, life and passing are teachings of great compassion and wisdom. Read the letter below: 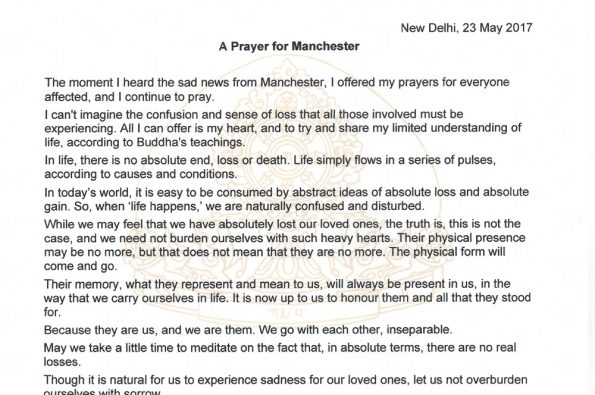 Thaye Dorje, His Holiness the 17th Karmapa, offers his prayers for all of those affected by last night’s attack at the Manchester Arena 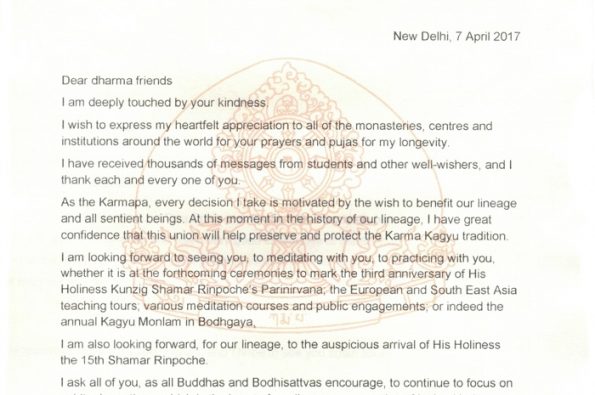 His Holiness has published a letter in response to the overwhelming support and good wishes he has received from around the world. Following the announcement of his marriage to Rinchen Yangzom on March 25th 2017, thousands of his students and supporters sent messages of congratulation for this auspicious special event. The letter from his Holiness: […] 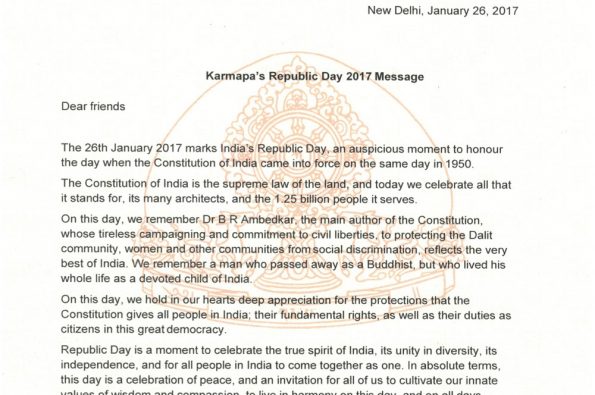 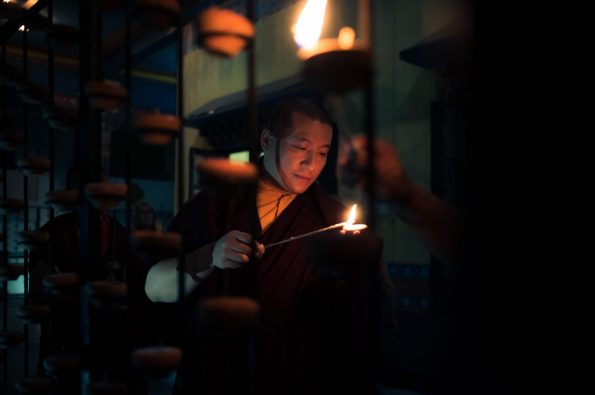