Thaye Dorje, His Holiness the 17th Gyalwa Karmapa’s announcement of his marriage to Rinchen Yangzom 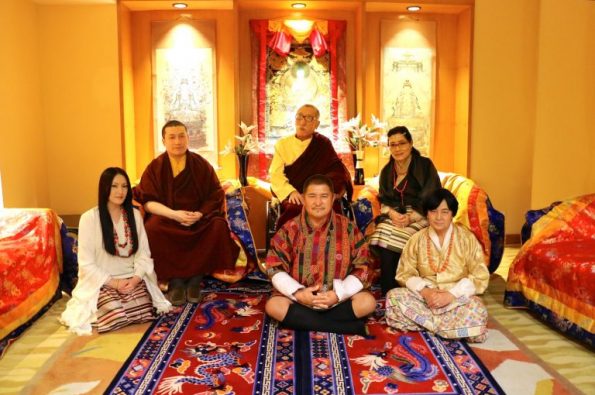 We have the honour and joy to share the news that Thaye Dorje, His Holiness the 17th Gyalwa Karmapa married Rinchen Yangzom on the 25th March 2017. The ceremony was held in the presence of close family members.

Rinchen Yangzom was born in Thimphu, Bhutan and is the daughter and third child of Mr Chencho’s and Mrs Kunzang’s ten children. She first met His Holiness over 19 years ago and they became friends. Over the years the friendship developed into a close spirtiual bond and on the 19th January 2017, in true traditional Tibetan style, and with the blessing of their parents, His Holiness proposed to Rinchen.

The last instance for a Karmapa to be married was the 15th Karmapa Khakyab Dorje (1871-1922), who went on to father three sons. Khakyab Dorje was an exceptional individual and a inspiring example of how a Karmapa that is married can benefit all sentient beings at the highest and most profound levels. Indeed His Holiness Karmapa will continue all of his usual activities except for one, conducting ordinations for the monastic order, an activity that he has passed on to another venerable and respected teacher. 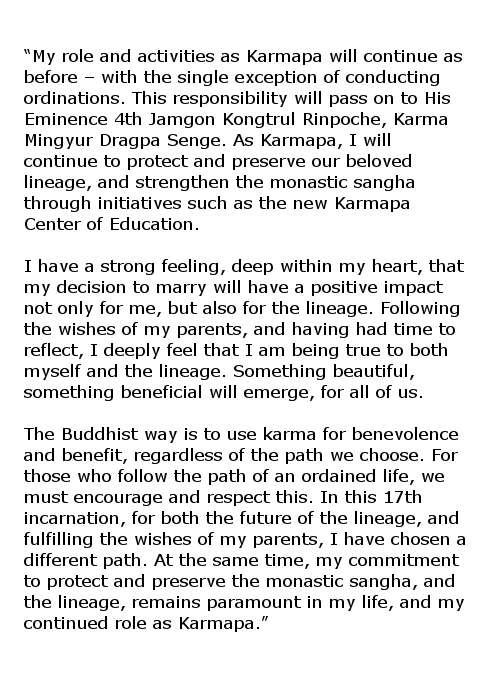 Furthermore, from all at karmapa-news, we would like to pass on our sincerest congratulations and joyful wishes to Thaye Dorje, His Holiness the 17th Gyalwa Karmapa and Rinchen Yangzom.

His Holiness has published a letter in response to the overwhelming support and good
wishes he has received from around the world.
www.karmapa-news.org/letters/thanks-appreciation-letter-april2017/