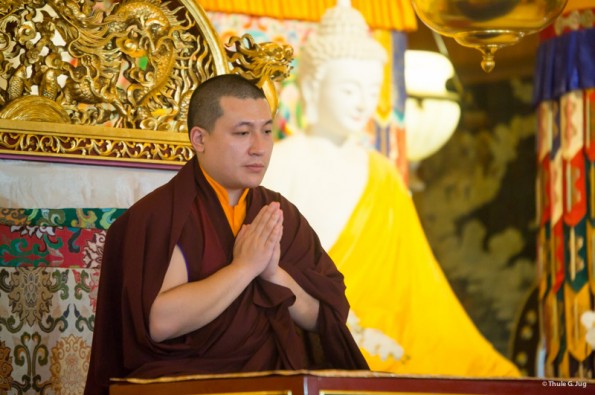 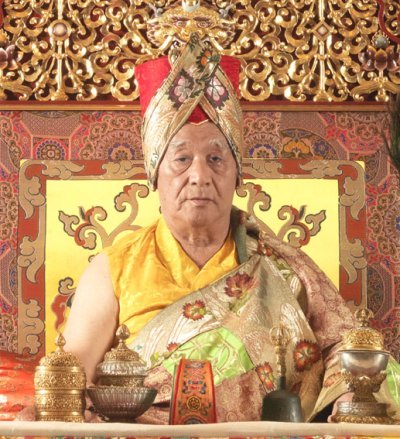 Condolences for the passing of His Holiness Jigdal Dagchen Rinpoche

On April 29 2016, His Holiness Jigdal Dagchen Rinpoche passed into parinirvana. His Holiness the 17th Karmapa gives his deepest condolences and asks students to offer aspiration prayers for the swift rebirth.of the esteemed Rinpoche.  H.H. Dagchen Rinpoche was born 1929 in Sakya, Tibet, and was educated to be the head of the Sakya School of Tibetan Buddhism.  He immigrated to the United States with his family in 1960 and later co-founded, the Sakya Monastery of Tibetan Buddhism in the Pacific Northwest.

A Message from His Holiness the 17th Karmapa

Dear dharma friends,
It is with great sadness that I inform you of the parinirvana of His Holiness Jigdal Dagchen Rinpoche of the great Sakya lineage, in Seattle.  In recent years, many great beings, or Bodhisattvas, such as His Holiness Kunzig Shamar Rinpoche, have passed away. Let us offer our aspirations for their swift return for the benefit of all sentient beings.