His Holiness has published a letter in response to the overwhelming support and good wishes he has received from around the world. Following the announcement of his marriage to Rinchen Yangzom on March 25th 2017, thousands of his students and supporters sent messages of congratulation for this auspicious special event.

The letter from his Holiness: 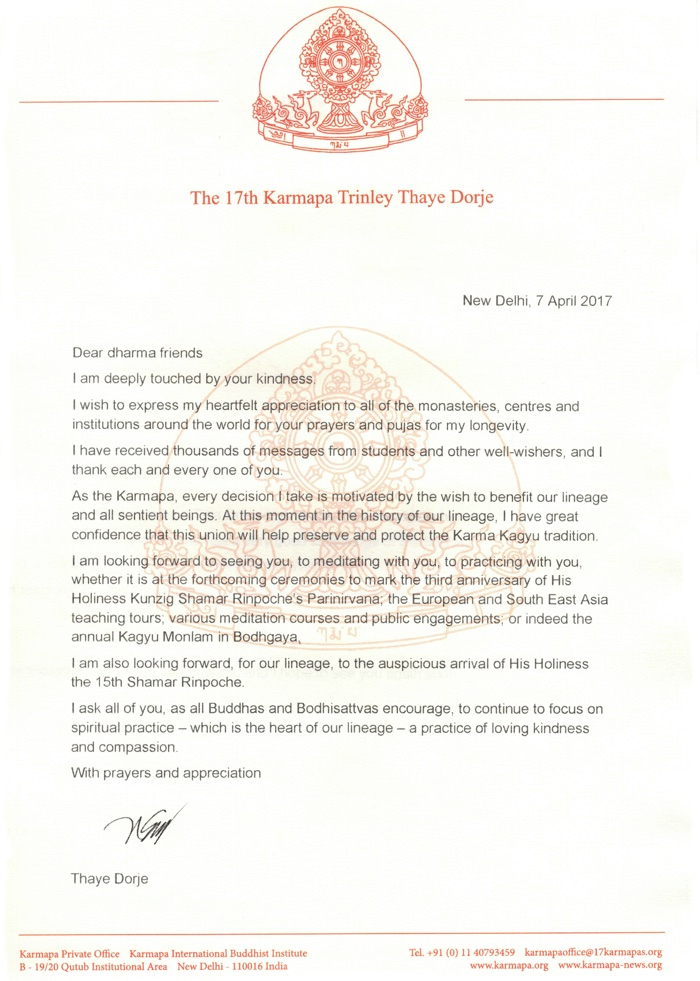