Dorje Lopon Lama Ngawang was the dharma teacher and venerable leader of the Karme Tenpe Gyaltsen Buddhist community and the Karma Shedrup Dagye Ling Buddhist centre, Sweden from its founding in 1976 until his death in 2011. Lama Ngawang brought important papers and devotional objects like the Kangyur and Tengyur, a huge collection of the Buddhist canon, setting up a valuable Buddhist library for future generations. Venerable Lama Ngawang was the founder of the Karma Detsen Ozel Ling Centre of Studies and Retreats which was consecrated by Kalu Rinpoche in 1980. Here Lama Ngawang headed three times the traditional three-year-long retreat which is for the higher education of lamas in Tibetan Buddhism. He also headed several shorter retreats and courses. He helped in rebuilding the crumbling shed into a nice temple with kitchen and guestrooms. The Centre became a little dharma village with small houses around the marvellous white stupa built on the initiative and spiritual leadership of Lama Ngawang by the members of the community, the participants of the three-year-long retreats and many others. The stupa is the symbol of the most important basic principle: the respect of life and the practice of doing good. It is also the memorial of understanding, freedom, equality and peace among nations and people. The stupa was consecrated by HH the Dalai Lama in 1988. Lama Ngawang is an outstanding personality of the development of the Tibetan Buddhism in Sweden. The life and activity of Lama Ngawang is characterized by deep understanding and active compassion. In particular, he always showed great honour towards other Buddhist lineage and other religions of the world.

The care that he showed towards animals, including fish and insects was memorable. Lama Ngawang always emphasized the importance of giving without expecting anything in return.

Lama Ngawang believed in dharma and passing on the teachings- especially to young people- who he experienced as being more open.

The description of the Lama’s life would not be complete if we did not mention his naturalness, informality and spontaneity. When visiting the centre in Stockholm, HH the XVI. Karmapa told us that Lama Ngawang dedicated his whole life to the practicing of the inner path and he was able to lead his students to the recognition of the true nature of their mind, that is to say – to the experiencing of the enlightened state. We can see that the Lama was not interested in worldly activities or talks. The Lama was a living example for us not to do what others expect, but always to act from an experienced understanding. His lifestyle is a demonstration of the realization of knowledge in practice – how to act properly in different situations in our lives. 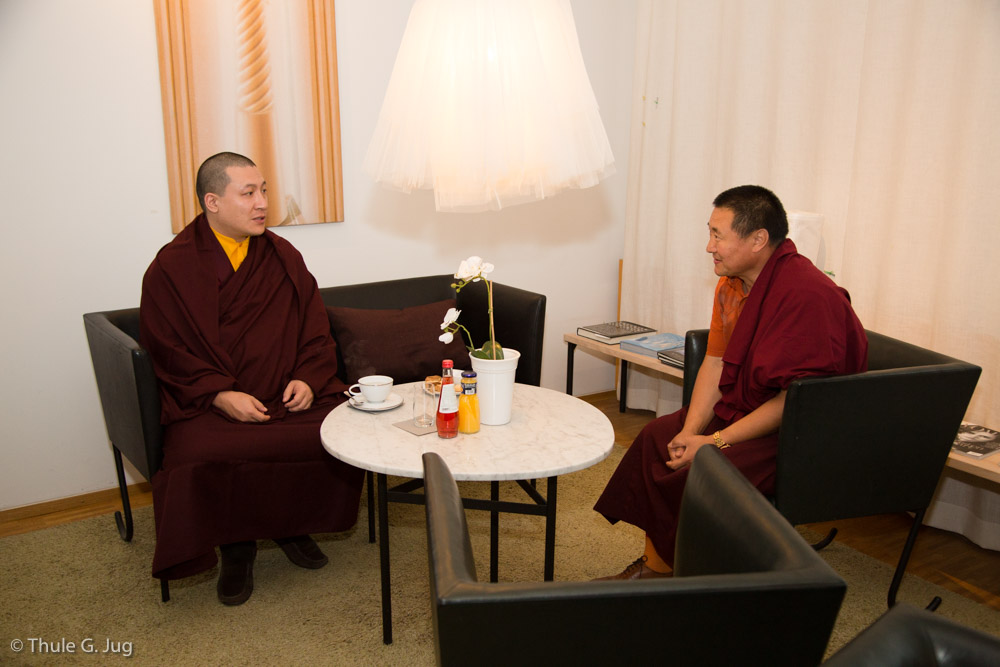 Read more about the first visit of His Holiness the 17th Gyalwa Karmapa in Sweden:
www.karmapa-news.org/reports/karma-dechen-osel-ling-sweden-july-2017