Wars of Words Are Violent, Too. Gyalwa Karmapa’s article in Huffington Post.

Huffington Post, Article
The so-called war of words involving North Korea, South Korea and the United States, raises an important question for our time: how do we define violence?Many people have pointed to the threat of violent conflict, but I believe that it has already taken place. In Buddhism, violence is thought of not just as physical action, but in terms of our thoughts and words as well. We can see through history that physical conflict rarely takes place without violent thoughts and words preceding them. Our thoughts manifest our words. Our words manifest our deeds.As Buddha Shakyamuni, the founder of Buddhism says,

Words have the power to both destroy and heal. When words are both true and kind, they can change our world.”

In the face of so much conflict, how can we manifest a world that heals, rather than destroys?

In many ways, conflicts are inevitable as we are living in an ever-changing world; they are part of our life. How we approach them, and whether we respond to them in a violent or nonviolent way, is very important. From a Buddhist perspective, ignorance is believed to be the original cause of conflict. Can you think of a conflict that has not in some way flowed from a lack of understanding or misunderstanding? Whether the conflict is little or large, the cause is not a mystery, but an aggregate of small misunderstandings accumulated over time.

If conflicts and misunderstandings are not tackled, disturbing emotions such as anger, hatred, and attachment, lead to confusion. And where does confusion lead? To wars of words, to physical conflict.
The solutions to conflicts, whether in North Korea, or in our own minds, lies in understanding. There have been many reports and suggestions about the importance of dialogue between North Korea, South Korea and the United States, but little attention has been paid to what dialogue is really for – to build understanding. There is no need for complicated solutions or cumbersome ideas. Sometimes these can be expressed through confusing or even violent phrases like ‘diplomatic offensive.’ Instead, we can apply simple logic and enter into an honest effort to understand one another.

When we do this, we take an important step down a nonviolent path. As the great Hindu leader Gandhi Ji once said,

We may never be strong enough to be entirely nonviolent in thought, word and deed. But we must keep nonviolence as our goal and make strong progress towards it.”

Some might say that it is easier said than done. But when we realise how closely related thinking, saying and doing are, it is better to speak a word of peace, than to say nothing at all. 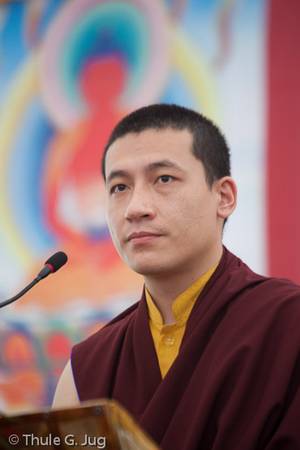