the 17th Karmapa at Swayambhu 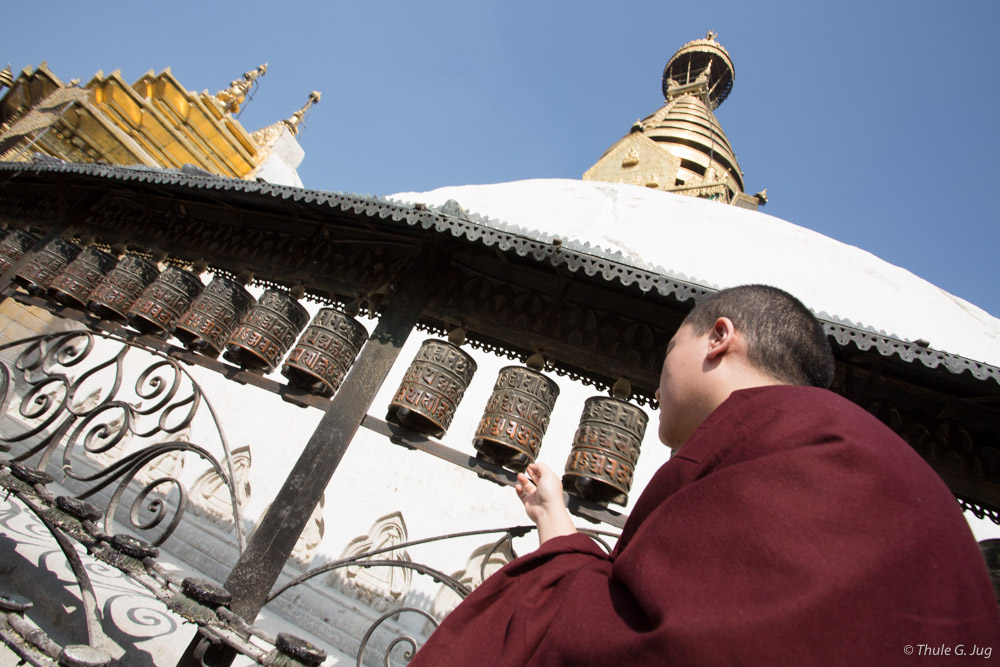 On November 9, 2015, Thaye Dorje, His Holiness the 17th Gyalwa Karmapa, visited Swayambhu. After being welcomed by Jigme Rinpoche -brother of the late Kunzig Shamar Rinpoche and Gyalwa Karmapa’s general secretary- during a traditional reception and surrounded by thousands of devotees, Gyalwa Karmapa circumambulated the Stupa, and offered a traditional scarf in front of Buddha Amithaba. His Holiness also offered a butter lamp and a scarf in front of the main Buddha statue of Karma Raja Maha Vihar Monastery, which had to be placed into a temporary shelter after the demolition of the monastery.

Gyalwa Karmapa performed extensive purification rituals in front of the Stupa. After the ritual, His Holiness spoke with the stakeholders of Swayambhu and went in front of the foundations of the demolished site of Karma Raja Maha Vihar. 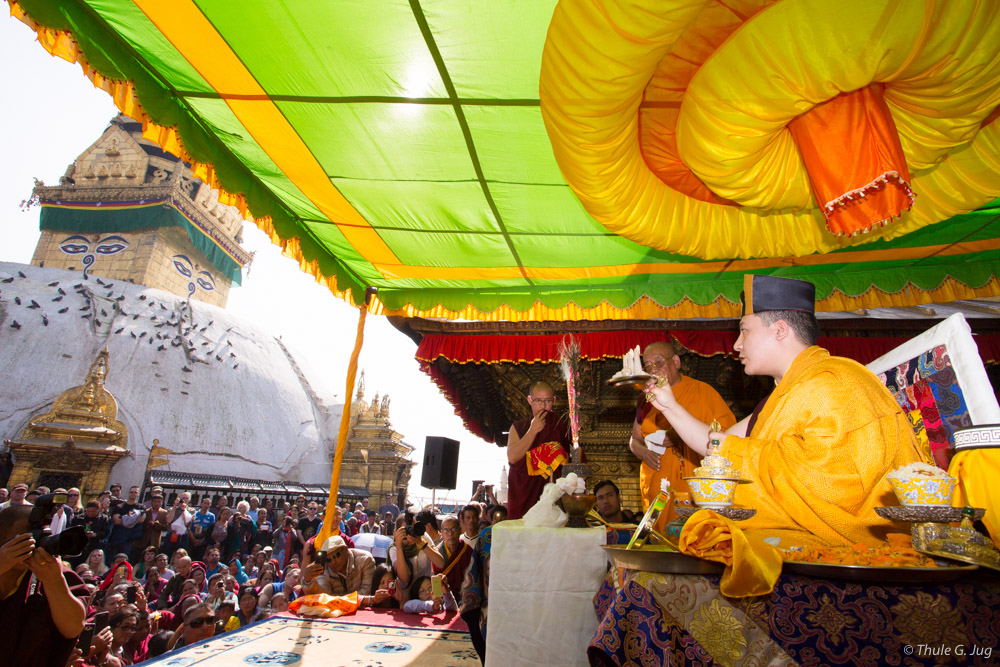 Gyalwa Karmapa performing a purification ritual at the site of Swayambhu 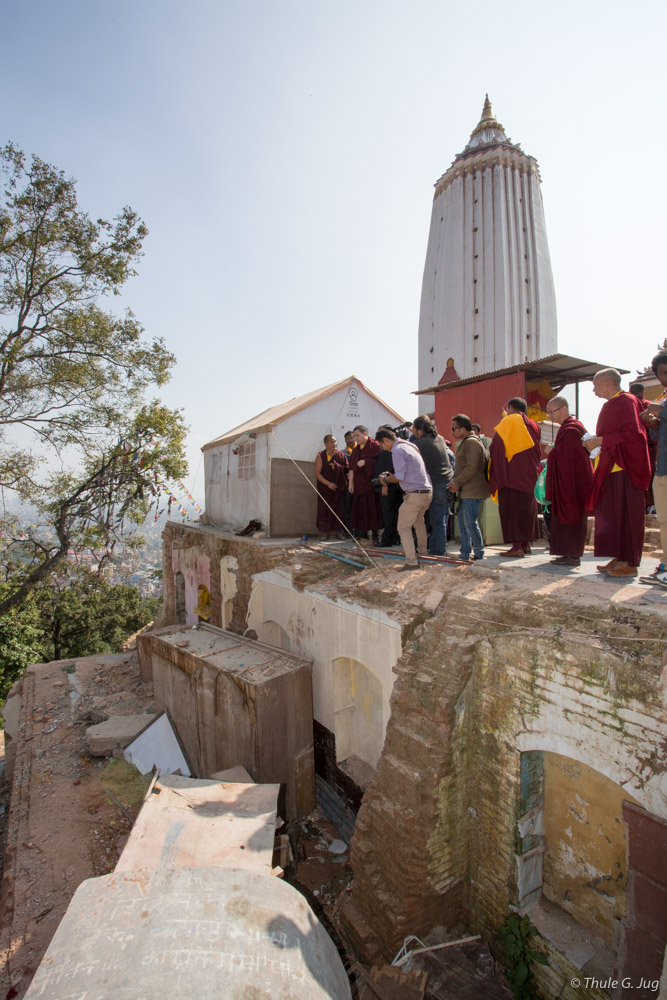 Gyalwa Karmapa at the site of Karma Raja Maha Vihar Monastery, demolished after the Nepal earthquake.

See the video from the visit of Gyalwa Karmapa at Swayambhu: