Luding Khenchen Rinpoche, Head of the Ngor-Tradition of the Sakya School

In 1954, Luding Khenchen Rinpoche became the spiritual head of the Ngor-lineage within the Sakya-school of Tibetan Buddhism. The Ngor-lineage with its original main seat in Tibet, the monastery Ngor Evam Chöden, was founded by the Sakya master Kunga Sangpo in the 14th century. Since then a major part of the instructions of the Sakya tradition has been transmitted through the Ngor-lineage.

After his escape from Tibet, Luding Khenchen Rinpoche saw to it that the teaching- and practise tradition of the Sakya school continued outside Tibet too. Ever since, he has been unceasingly active to transmit the Buddha’s teachings and in particular the instructions of the Sakya tradition. In each and every respect he is an authentic Vajra-master and one of the great teachers of Tibetan Buddhism.

In June and July 2003 Luding Khenchen Rinpoche transmitted to the 17th Gyalwa Karmapa, Trinley Thaye Dorje, a part of the “Gyüde Kütuntü” which is a large collection of the Buddhist Tantras. It includes all those tantras which have been transmitted in the eight great practise traditions of Tibet, such as the Kagyupas, Sakyapas, Kadampas etc. Merely the tantras of the Nyingma-tradition are not included in this collection. The collection in its present form traces back to the 19th century and Jamgon Kongtrul Lodreu Thaye’s activities in collecting the transmissions of empowerments, oral instructions and reading transmissions spread throughout Tibet. He passed them on to the Ngor master Jamyang Loter Wangpo who finally compiled the “Gyode Konteu”. It is said that at the time Jamgon Kongtrul Lodreu Thaye requested Jamyang Loter Wangpo to see to it that the “Gyüde Kütuntü” is passed on properly in the Sakya tradition. He mentioned that in future generations these transmission will finally be bestowed again from Sakya to Kagyu masters.

Luding Khenchen Rinpoche transmitted to the 17th Gyalwa Karmapa most of those Buddhist tantras which are essential for the Kagyu school. Furthermore the Gyalwa Karmapa received a series of transmissions for White Tara, both the extensive teaching cycle which goes back to a vision of Jamyang Khyentse Wangpo as well as the Tara empowerments according to the Jonang tradition. 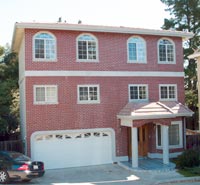 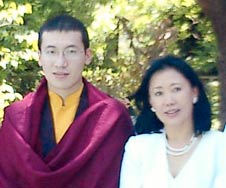 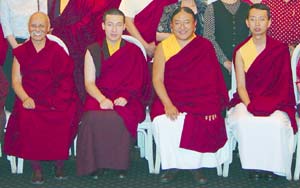 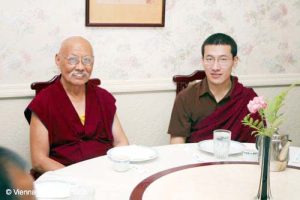 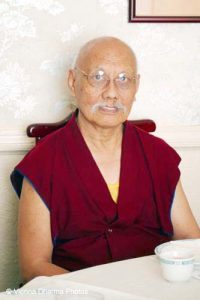 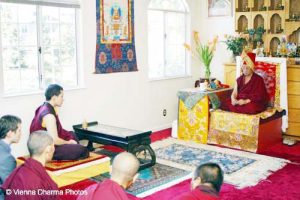 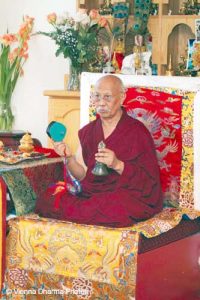 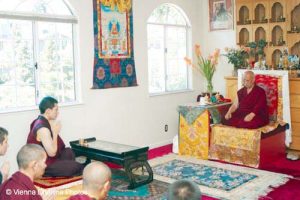 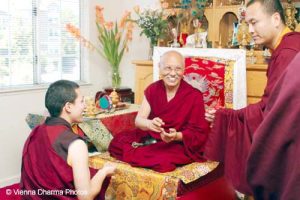 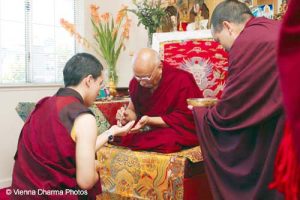 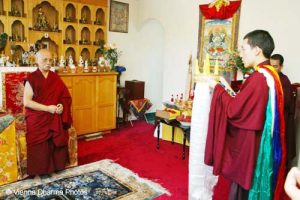 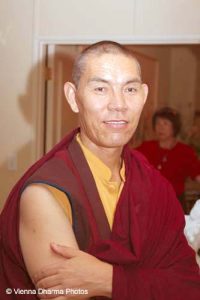 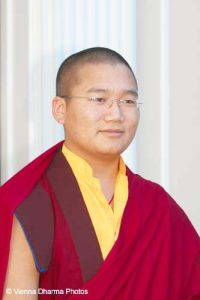 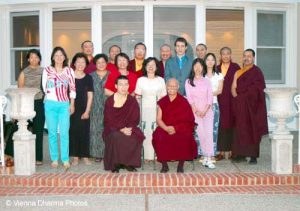