Thaye Dorje, His Holiness the 17th Karmapa in Ladakh 2015 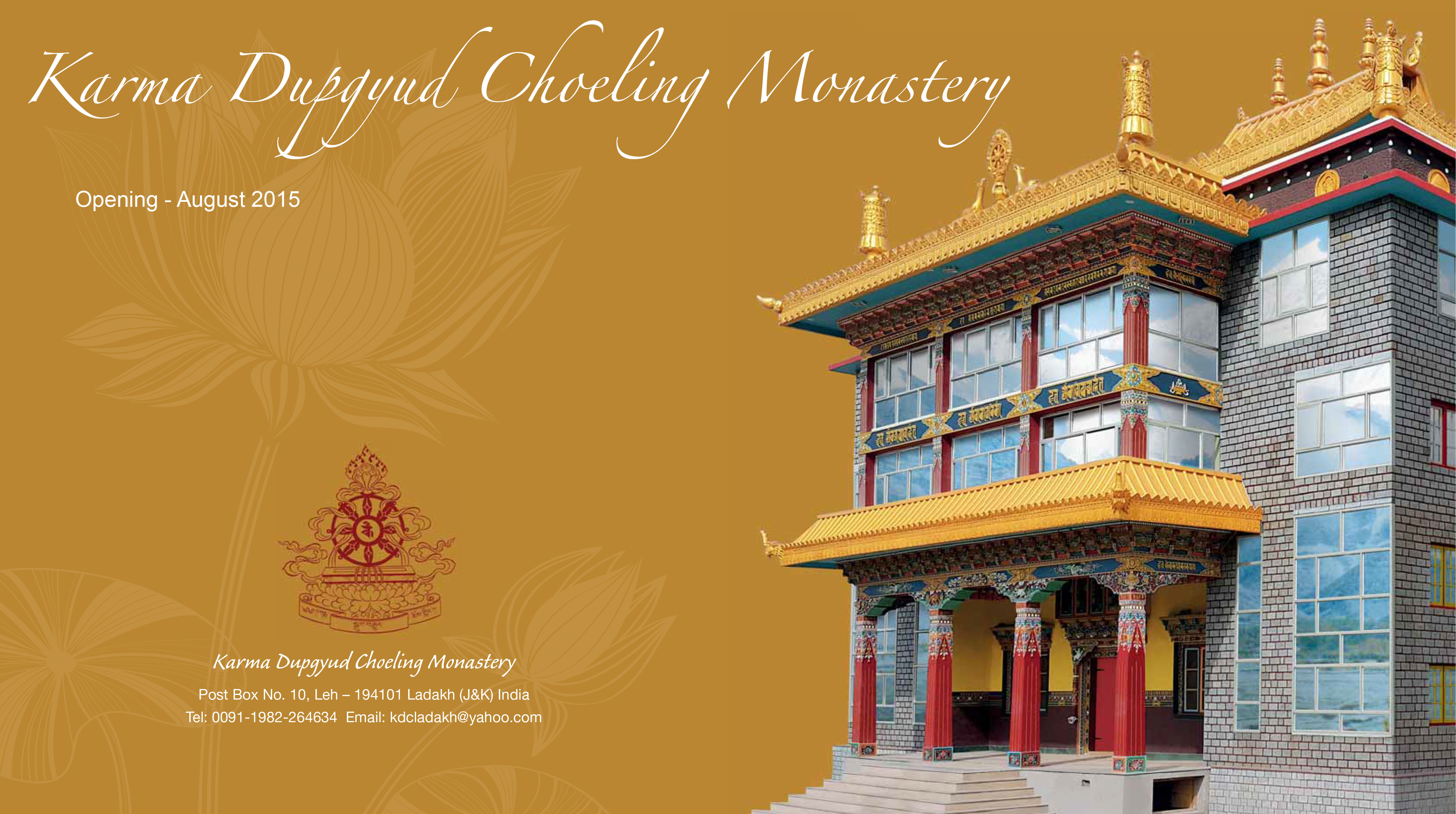 Visit of His Holiness the 17th Karmapa in Ladakh 2015.

Please note that the above program is subject to change without prior notice.

Karma Dupgyud Choeling Monastery was founded by His Holiness the 16th Gyalwa Karmapa Rangjung Rigpe Dorje. He blessed the site during his visit to Ladakh in 1967. The monastery was established according to the wish of H.H. the Gyalwa Karmapa with the intention to set up a Buddhist centre in the region. His Eminence Choeje Chime Rinpoche had taken great pains to undertake the construction of the monastery without minding about the fund constraint and hardship involved.

The construction work commenced in 1975. In the same year, the then Prime Minister of India, the late Smt. Indira Gandhi paid a visit to the monastery during her visit to Ladakh. In 1976, the construction of the monastery was completed with four pillars and eight posts including a separate apartment for Rinpoche and private rooms for monks. With some 25 monks enrolled in the beginning, the holy sangha was thus established.

In 1999, H.E. Chime Rinpoche passed away. Later in 2003, the Central Institute of Buddhist Studies, an institute under the Government of India was kind enough to introduce monastic school as its feeder school. Since then, the institute has been providing two teachers, scholarship and annual furniture to the monastic school.

On 2nd August 2006, following an incessant rainfall in the region the old monastery collapsed. H.H. Karmapa advised and decided that a new monastery should be rebuilt. On the auspicious day of 12th September 2008, the young incarnation of Chime Rinpoche laid the foundation stone of the new monastery. Due to the shortage of funds and a harsh climatic condition in Ladakh as it is situated at a very high altitude similar to Tibet, the construction work could not be continued for more than five or six months. As a result of that, construction work took around seven years and finally, it is on the verge of completion this year. In the meantime, the monk body led by the late Chagzod La (general secretary) requested H.H. the 17th Karmapa Trinley Thaye Dorje for his blessing and gracious presence and H.H. Karmapa has very kindly consented to grace the inauguration ceremony as the chief guest.

The monks of Karma Dupgyud Choeling have been engaging in daily prayers and rituals, honing torma-making skills and practising musical instruments used in pujas. The novices are receiving education on various subjects from the monastic school. The monastery has no separate retreat centre and academic centre so far. Yet, the monastery is extending its full support to those who are interested in pursuing higher studies and retreat outside of Ladakh.