On the final day of the course, Karmapa surprised all those present by bringing along his son Thugsey, together with his wife Sangyumla, Yum Mrs Kunzang and other family members. For many of the students, this was their first opportunity to meet Karmapa’s son Thugsey.

A warm, ceremonial welcome was offered to the family by the assembled Rinpoches, monks, KIBI staff members and lay students. Everybody gathered in the temple for offerings of mandala; symbolic offerings of enlightened body, speech and mind; as well as traditional tea and rice. 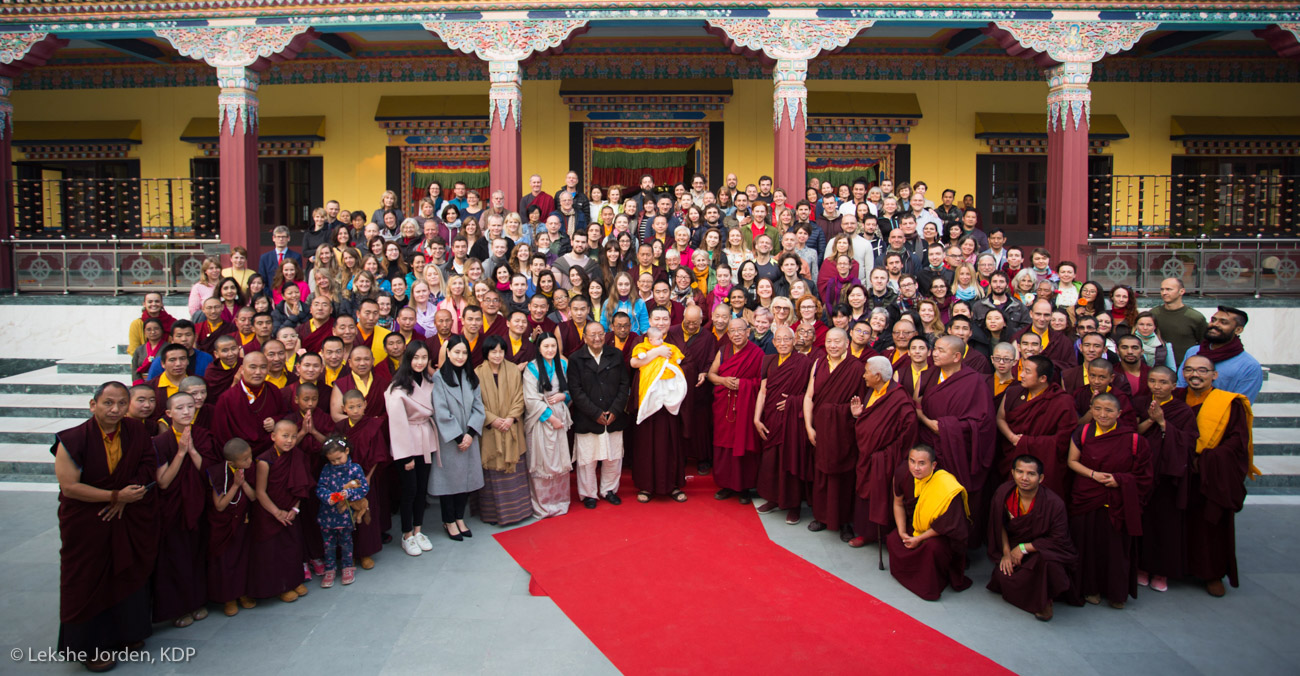 Karmapa, Sangyumla, Thugsey, Yum Mrs Kunzang, and other members of the family, together with Rinpoches, monks, KIBI staff and lay students at the Public Meditation Course 2018/2019

Karmapa was seated on his throne in the temple, while Sangyumla sat beside him, holding little Thugsey in her arms. Everyone lined up to offer a white scarf (khata) to Karmapa, as well as to Thugsey. 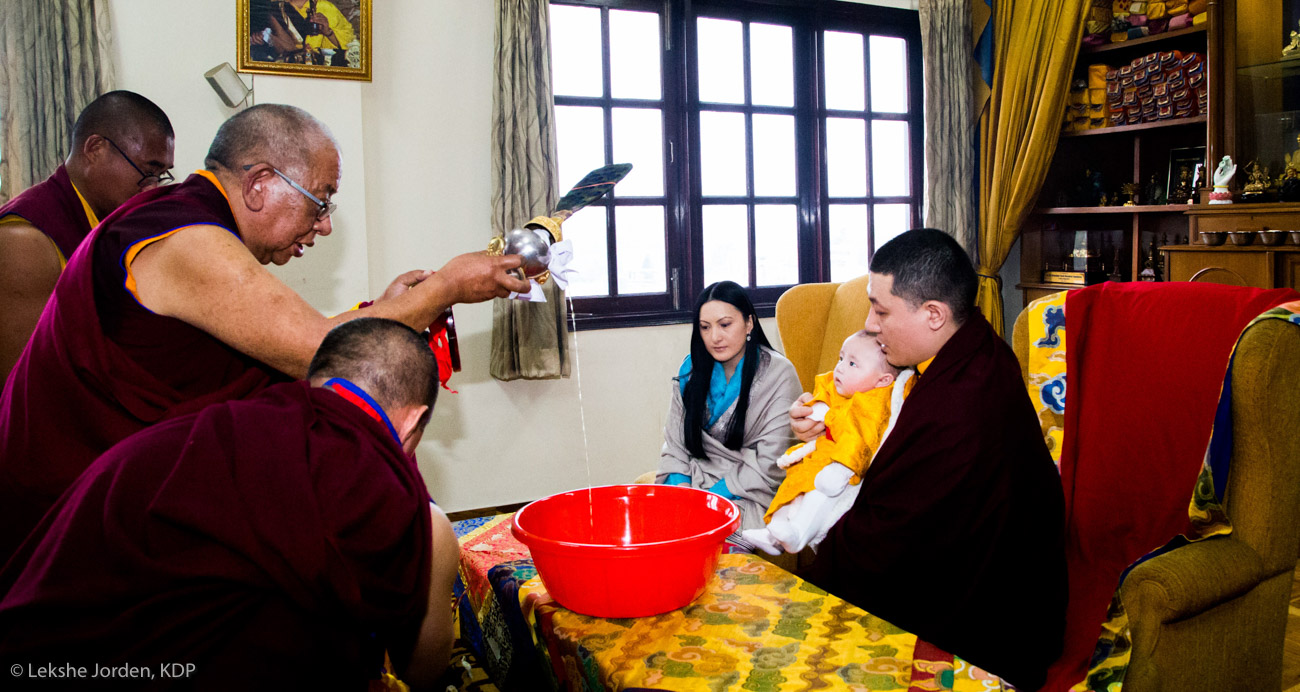 This visit represented a joyous conclusion to this year’s Public Meditation Course at KIBI.