His Holiness the 17th Karmapa was at the Karmapa International Buddhist Institute (KIBI) for the inauguration of a new Secretary. 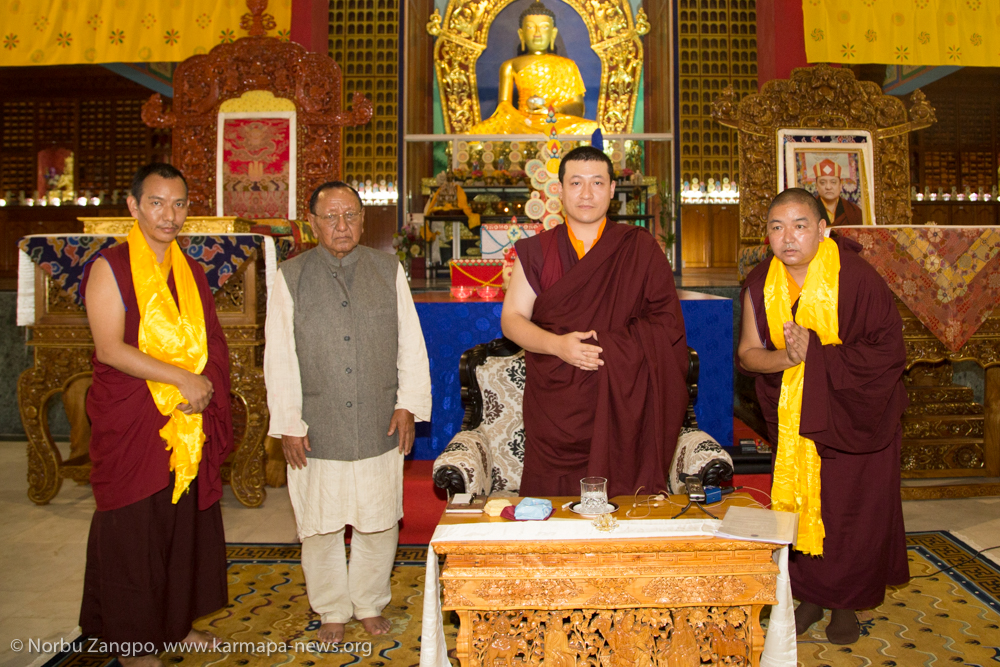 During the ceremony, which took place on 22nd June, the new Secretary of KIBI, Lama Thabka, was ceremoniously confirmed in the role.  Lama Thabka has been working in this position since his election by HH 17th Karmapa and the board members.

The previous Secretary, Khenpo Mriti, resigned in March 2016 and whilst he held the position, fulfilled the role admirably with dedication and efficiency throughout his four-year residence. The Secretary of KIBI performs an important role in the functioning of the institution and is a valuable part of the administration.  During the ceremony Khenpo Mriti had the opportunity to present his reflections on his past work and achievements, placing particular emphasis on the success in strengthening the administrative processes of KIBI. His final act was the ceremonious presentation of the keys and important documents to his successor Lama Thabka.

His Holiness Gyalwa Karmapa then addressed the audience, which included KIBI’s Director Professor Sempa Dorje and Sangha members from Rumtek Monastery in East Sikkim.  He emphasized the importance of the role KIBI played in giving an opportunity for Buddhist education to those who wished to learn.

The event was concluded with a formal welcoming of Lama Thabka as KIBI’s new Secretary and the offering of kataks to His Holiness Karmapa.