The Karmapa Public Course 2018 took place from 11-18 March. It was a wonderful opportunity for students from all around the world to deepen their practice and receive teachings not only from Thaye Dorje, His Holiness the 17th Gyalwa Karmapa, but also from other great Buddhist masters, including Professor Sempa Dorje, Karma Trinley Rinpoche, Khenpo Chödrak, Khenpo Lobsang and Khenpo Tsering.

Karmapa’s program included two empowerments, Green Tara and Chenrezig, and six days of teachings on the fifth chapter of the “A Guide to the Bodhisattva’s Way of Life” (Bodhisattvacaryāvatāra) by Shantideva. 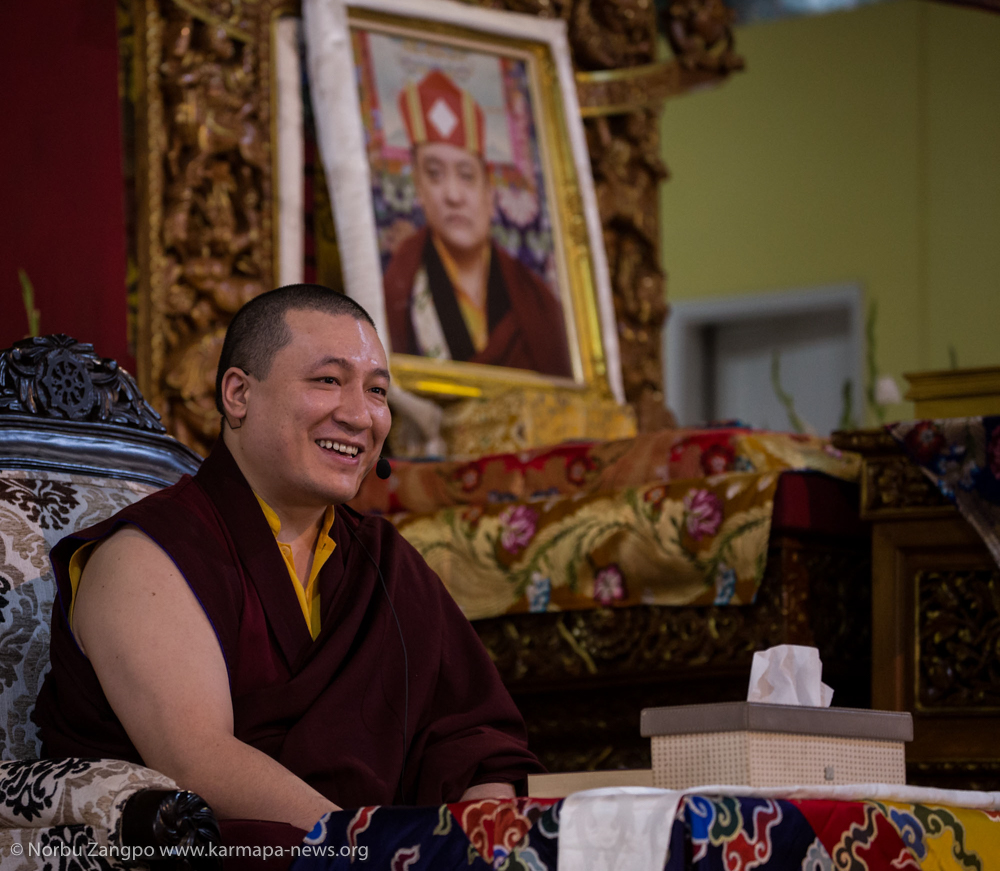 Thaye Dorje, His Holiness the 17th Gyalwa Karmapa teaching 5th Chapter of Shantideva’s “A Guide to the Bodhisattva’s Way of Life”

Karmapa told us that in this very moment we are at risk of being ‘careless’, and that this state of mind is like our enemy. We should be ‘carefree’ but to get there we need to be really ‘careful’.

Between being careless and carefree there is a very small, subtle difference. Attentive and regular practice is the key to understanding these teachings.

Ven. Profesor Sempa Dorje held classes about Karma, Cause and Effect. He shared that the root cause for creating Karma are our intentions and motivation, and not necessarily our actions. Nothing in this world is as fast as our thoughts, and there is no action without intention.

Karma Trinley Rinpoche instructed on the Preliminaries of Mahamudra, starting with The Four Common Foundations, including the teaching about the Precious Human Body, Impermanence and Death, Karma Cause and Result, and the Shortcomings of Samsara. Rinpoche said that all Buddhist practitioners need to go through such practices to develop renunciation, particularly Mahayana practitioners who aim to liberate all sentient beings. During the last teaching, Rinpoche gave the instructions to the first uncommon Foundation: Taking Refuge and generating Bodhicitta. 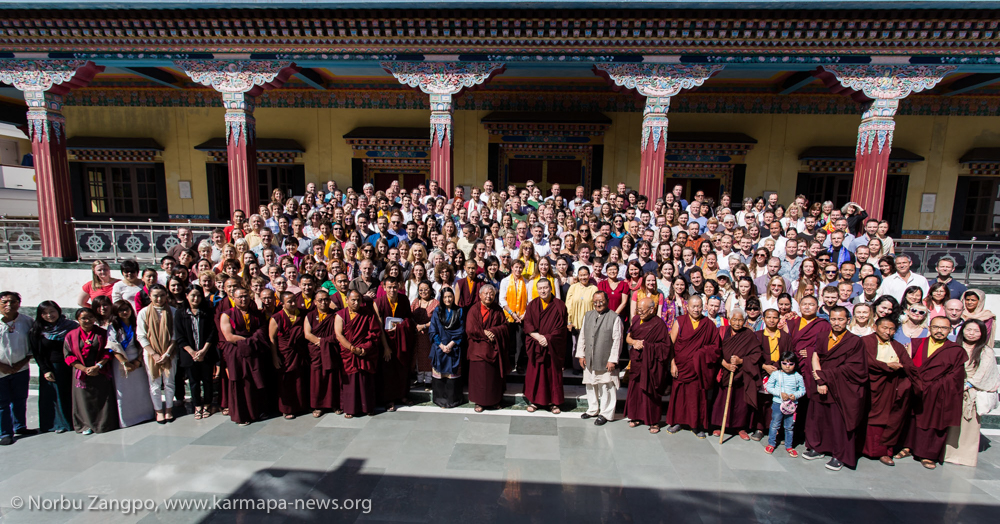 On the final day, all participants attended a gala dinner with Karmapa to celebrate the end of the course.

The diversity of topics and teachers allowed everyone to broaden their basic knowledge, which we can all deepen through studies recommended by teachers’ books and through regular practice.