On the afternoon of the 22nd November, monastic and lay communities of Diwakar Buddhist Academy, along with devotees of Kalimpong, warmly welcomed Thaye Dorje, His Holiness the 17th Karmapa to his residence in the Misty Hill station. Shortly after, in the gardens of the residence, His Holiness gave teachings and blessed college students who came from Bhutan to see him. Gyalwa Karmapa continued receiving guests and students until dusk. 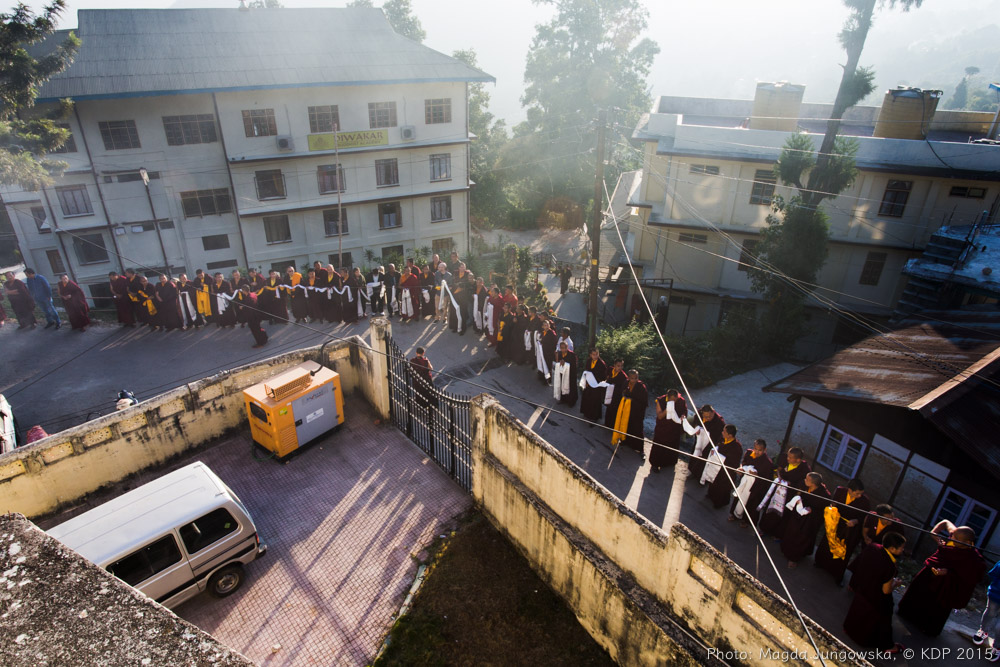 On the 23rd November, the main event of his visit took place: the inauguration of Karmapa’s Center of Education. Together with monastic sangha of Rumtek monastery, Gyalwa Karmapa consecrated the buildings and the area. Afterwards, His Holiness raised the curtains revealing the engraved KCE sign on the front of the main building. This was followed by a ribbon-cutting ceremony and speeches. In a speech by Miss Diane Brockob, manager of South Asia Buddhist Association (SABA), elucidated the mission of Karmapa’s Center of Education and its ” three pillars”, or main focused agendas, pertaining to education.

Gyalwa Karmapa, in his address, spoke about the role of education in the future of the monastic sangha. He urged us to consider the measures we should take to strengthen the foundations for coming generations of monastics.

Finally, Miss Deki Wangchuk, a representative of SABA, gave a speech offering gratitude and thanks to all involved. The day ended with local and visiting students of the Karmapa, making offerings and receiving blessings from, His Holiness. 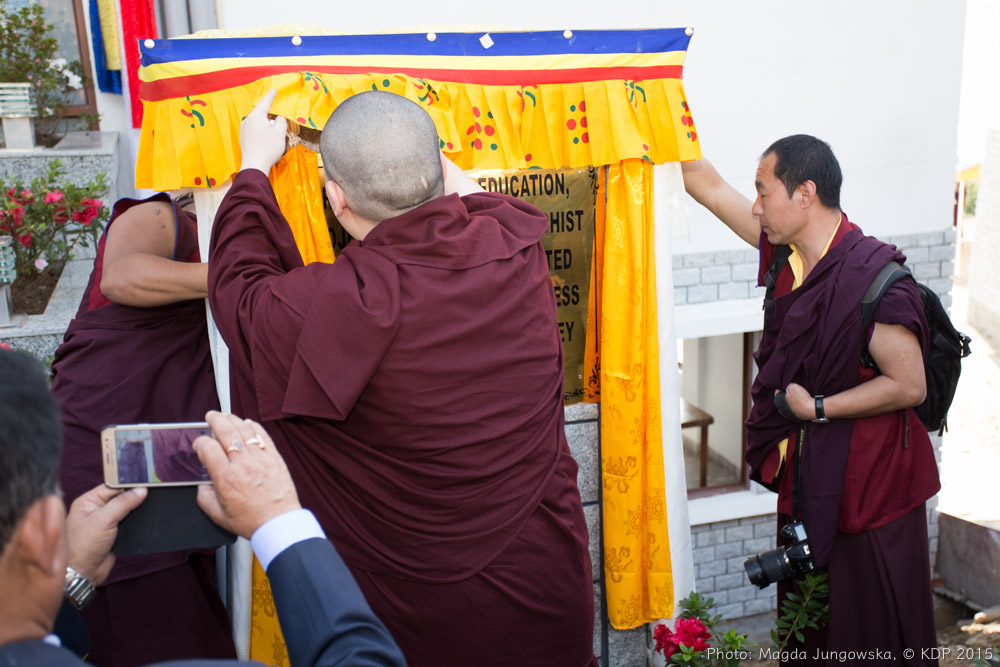 Read a report from the Inauguration of Karmapa’s Center of Education.

On the 24th November, before the main shrine of Diwakar Buddhist Academy, Gyalwa Karmapa performed a ceremony for the deceased known as Jangchog. Afterwards His Holiness discussed on-going administrative matters and concluded the discussion with strong emphasis on the principles of Buddhist education. Later that day, Karmapa visited the site of the new Monastery at the construction of the Monastery led by Ani Pema Zangmo, a devout follower of the Karma Kagyu Lineage. 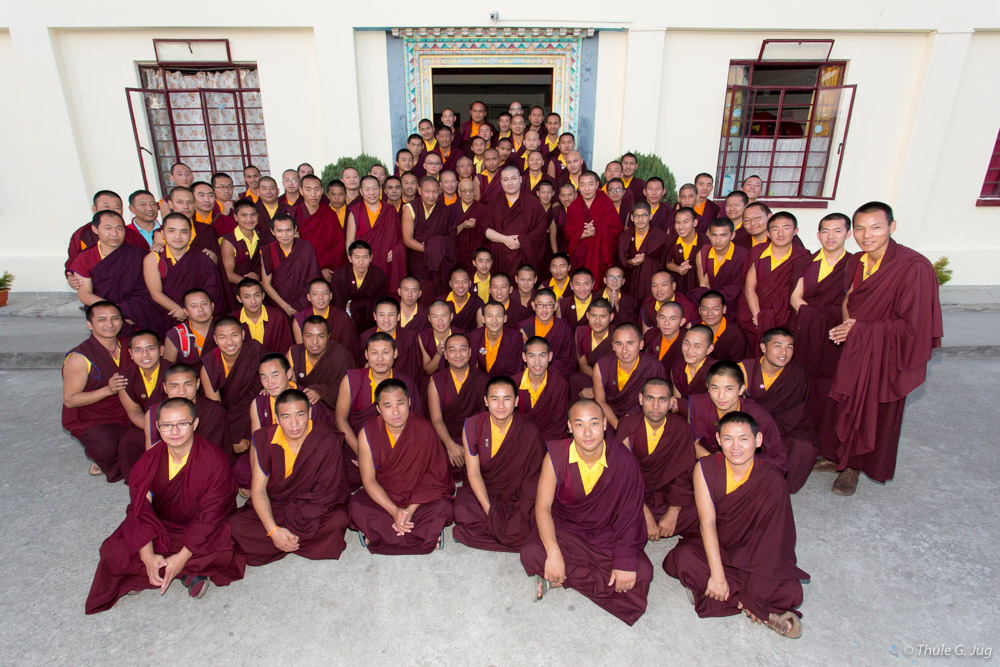 Gyalwa Karmapa with the monks of Diwakar Buddhist Academy

For images of this visit please visit :
www.karmapa-news.org/galleries/visit-at-the-construction-of-the-monastery-led-by-ani-pema-zangmo/

On the 25th November, with his entourage, His Holiness left for New Delhi. 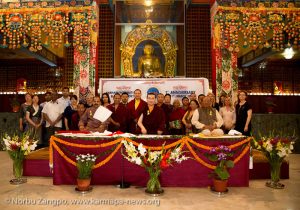 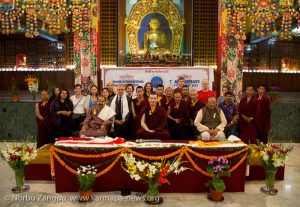 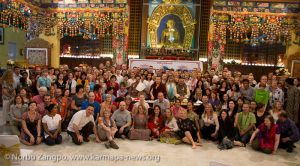 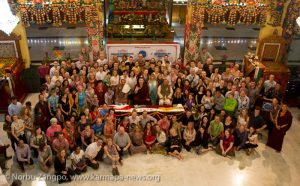