Days two and three of Karmapa at the Europe Center

Following the welcome ceremony for Thaye Dorje, His Holiness the 17th Gyalwa Karmapa, and his son Thugseyla, the next day’s teaching at the Europe Center Summer Course in Immenstadt was keenly anticipated.

Karmapa said that although it often seems as though the times that we are living in are getting more and more difficult, in fact (as long as we have a good mind and practice courage) these difficult times can be a positive challenge and opportunity.
Karmapa went on to say:

‘If you generate immense wishes, immense aspirations, they will come true.’

With 50,000 students watching via the live stream, together with more than 6000 students present at the Europe Center, it was time for Karmapa’s teaching on 37 Practices of a Bodhisattva. 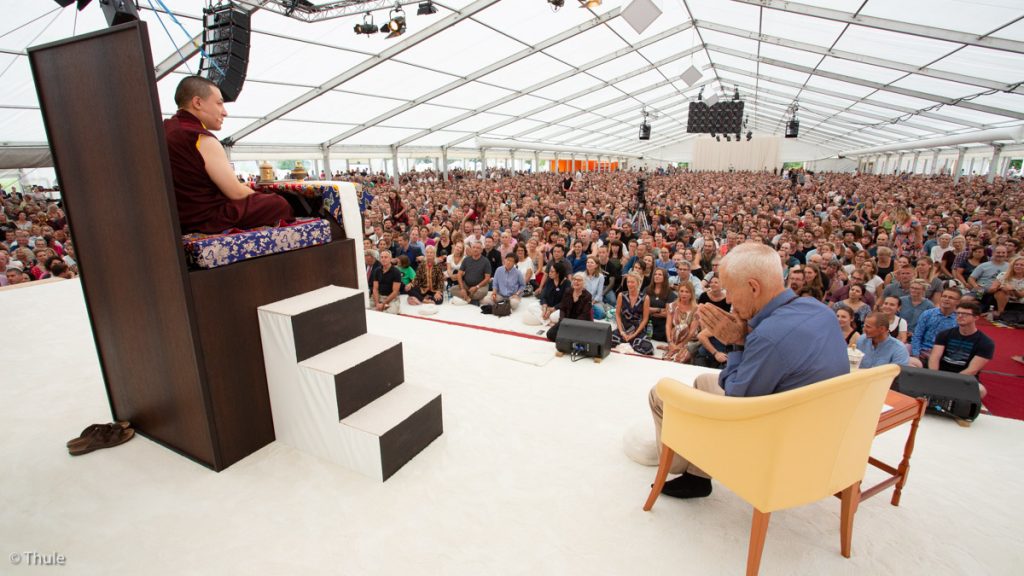 Karmapa started by giving an explanation on the meaning of Refuge and Bodhicitta. Karmapa said that these are the very basis of the path of a Bodhisattva, and that they are actually inseparable: there is no taking of refuge without the generating of Bodhicitta, and vice versa.

Karmapa gave the ‘lung’ (reading transmission) by reading the entire text in Tibetan, and then explained that the focus of the first few chapters was ultimately about the practice of letting go.

In the evening, there was a dinner with Lama Ole, his team and invited guests. 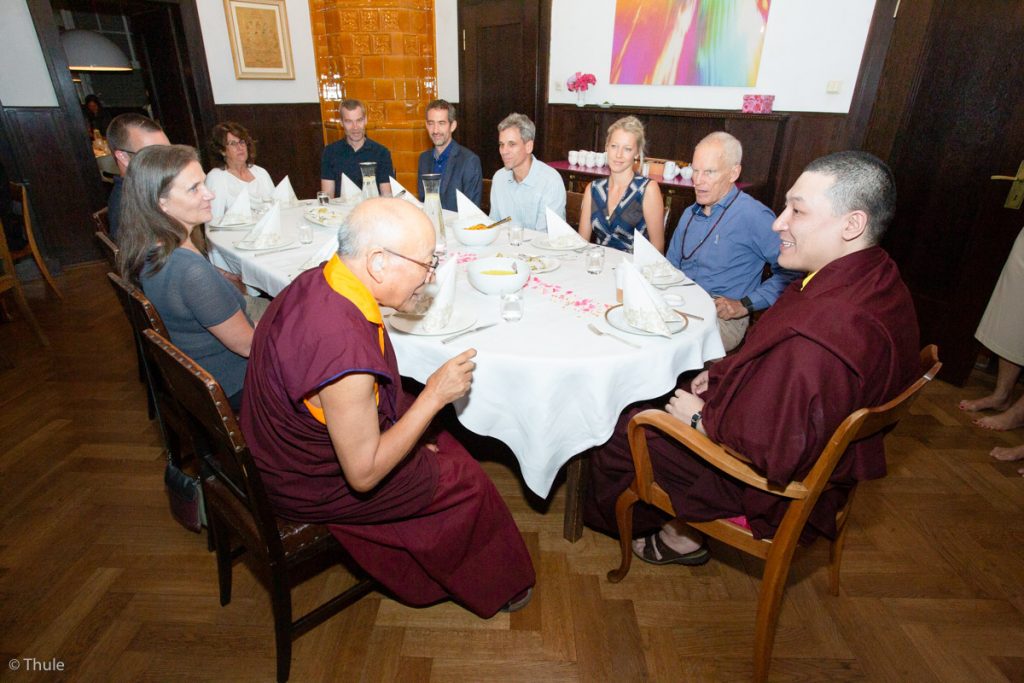 On the morning of 4 August, Karmapa gave the Chenresig empowerment to more than 7500 students at the Europe Center. 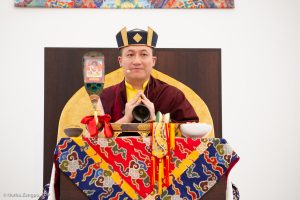 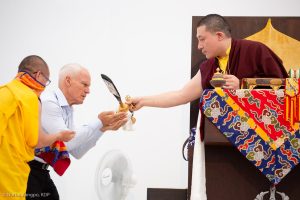 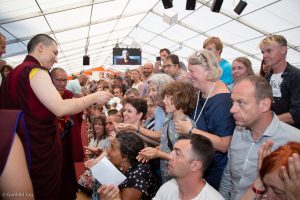 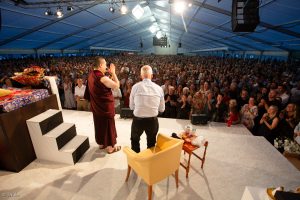 3 August 2019 Karmapa has dinner with Lama Ole, his team and guests