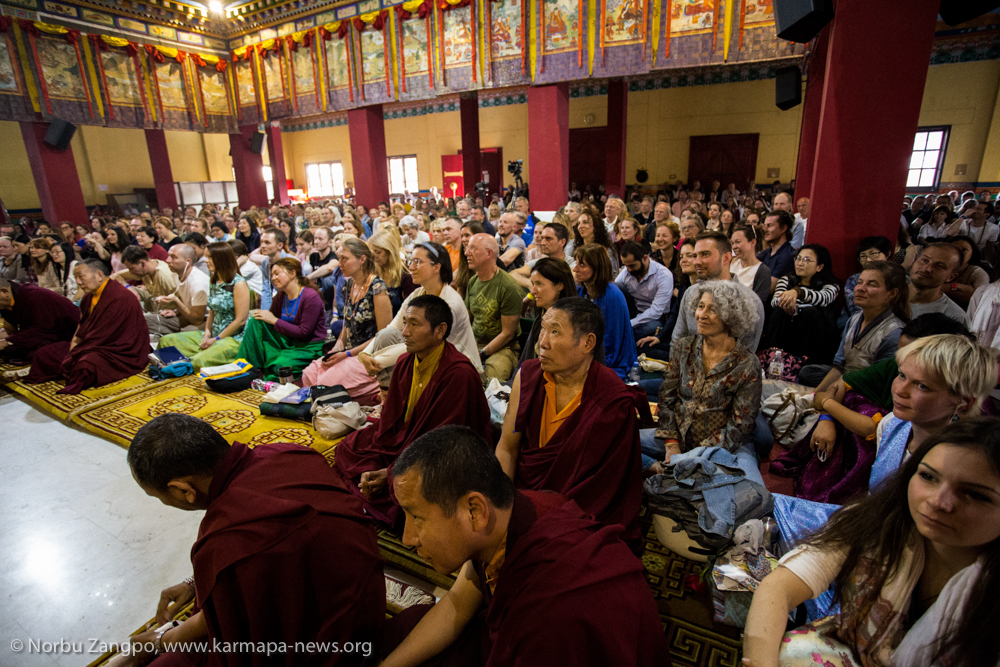 There were around 500 participants for this year public course held at the Karmapa International Buddhist Institute (KIBI). The starting day for the course was chosen as it coincided with one of the four most auspicious days in the Buddhist calendar, Chotrul Duchen, translated from Tibetan as the “day of miracles”. These days occur on a full moon and the results of ones actions are said to be multiplied by 10 million times.

The course commenced with a welcoming speech and overview of the history of KIBI from Khenpo Tsering Samdrup. He talked about how Shamar Rinpoche carried out the wish of the 16th Karmapa. The wish to create a place where the precious dharma was taught, and which would be easily accessible to the western world. The next part of the day program was an introduction and teachings on the “Four Mindfulness” by Professor Sempa Dorje. These teachings were to be continued and concluded later on in the course.

There was then a Chenrezig (aspect of compassion) Empowerment given by His Holiness the 17th Gyalwa Karmapa. His Holiness first gave a detailed introduction about the empowerment which included a detailed explanation of what an empowerment actually is and the meaning it has for the various types of practitioner. In conclusion to this first day of the course, and in traditional style, butter lamp offerings were made in celebration for this auspicious day of Chotrul Duchen. 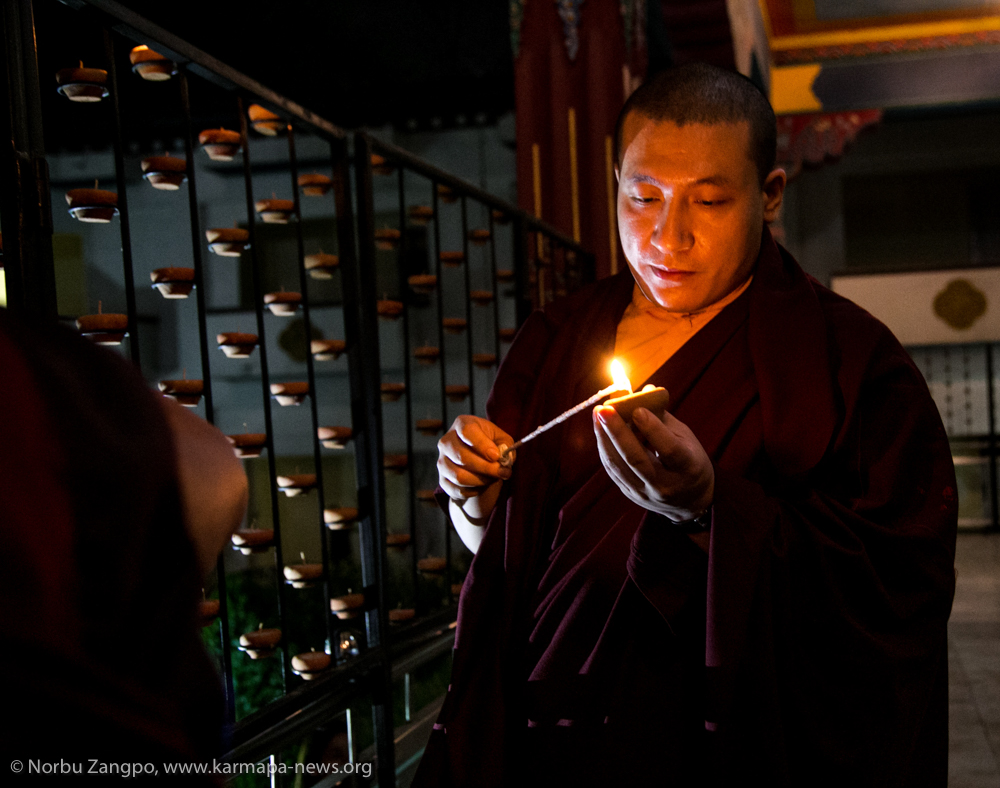 Throughout the course there was a richness of dharma teachings and empowerments both from the Karmapa and eminent Buddhist scholars. Gyalwa Karmapa continued the teachings from Shantideva Bodhicharyavatara, as he has done on previous years, focusing on the forth chapter on Carefulness. Gyalwa Karmapa empesised several times that although the verses are self explanatory, it is important to remind ourselves every time about its meaning. His Holiness reminded the students about importance of finding balance and not getting into any kinds of extremes as well as remembering to include common sense in every aspect of life. At the very end Gyalwa Karmapa granted oral transmission (lung) for the first five chapters of Bodhicaryavatara. 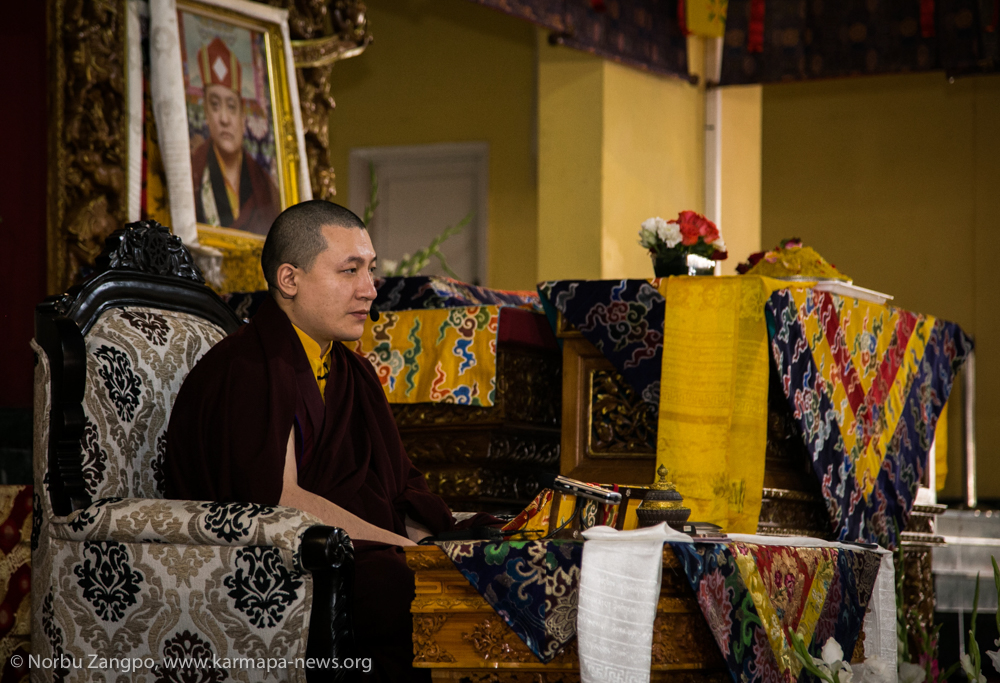 On the last day, His Holiness the Karmapa gave the second empowerment of the course; this time on Amitayus (Buddha of Limitless Life). Warm thanks and gratitude were expressed from KIBI to all those participated in the course, making it a meritorious, rich and joyful experience for all. Following tradition, the course was concluded by gala dinner in the garden of Karmapa International Buddhist Institute. 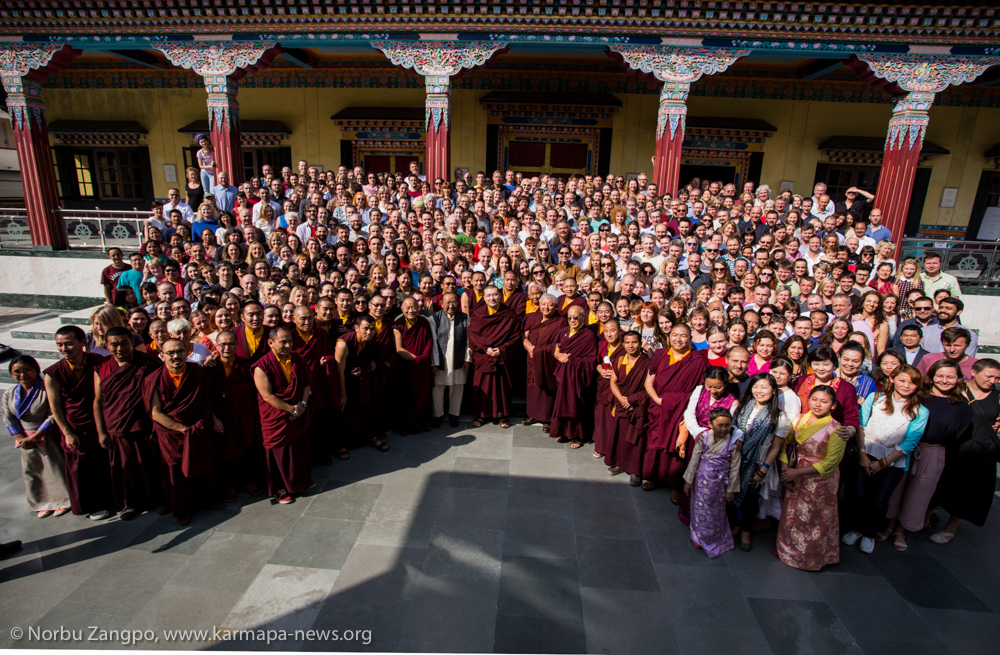