His Holiness Gyalwa Karmapa arrives in Spain at Malaga Airport 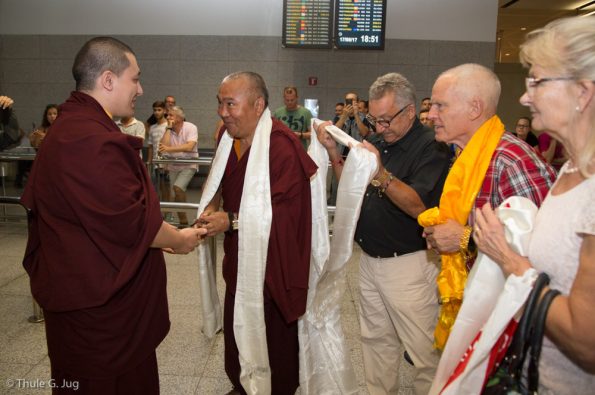 Arrival in Malaga and Karma Guen

His Holiness the 17th Gyalwa Karmapa arrives at Malaga airport

His Holiness Karmapa’s arrival in Spain, which marked the beginning of a two-and-a-half month tour of Europe, had been eagerly awaited by tens of thousands of his followers. This tour will lead him to a total of six European countries (Spain, Lithuania, Hungary, Germany, England and France), and constitutes the second part of his extensive travel itinerary scheduled for 2012, the first part having been devoted to various destinations in South East Asia.

Gyalwa Karmapa gives a Chenresig-initiation at the stupa in Benamaldena

Gyalwa Karmapa gives a Chenresig-initiation at the stupa in Benamaldena. Benamaldena is located on the coast south of Malaga.