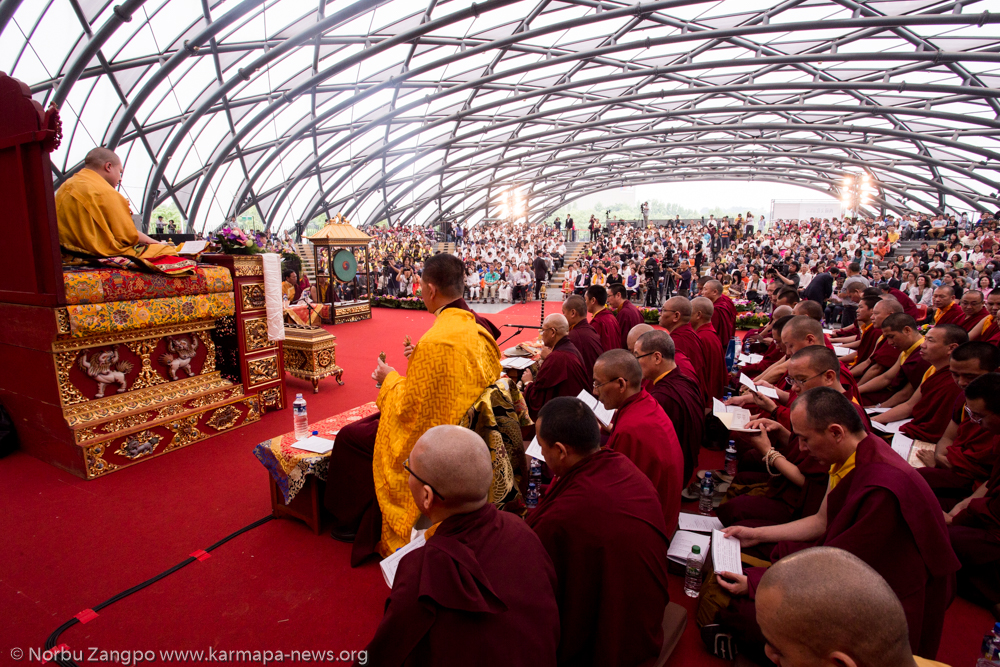 Gyalwa Karmapa leads Prayer for the World Peace in Taiwan

On April 30th, esteemed guests from the different schools of Tibetan Buddhism, along with thousands of Buddhist practitioners congregated in Taiwan to join His Holiness the 17th Karmapa, Thaye Dorje.  They came together in Taipei Expo Park, to pray for World peace and harmony. A procession of monks led the Karmapa to the stage where he received traditional gifts and offerings.

Before the main ceremony, followers from the Nyingmapa school of Tibetan Buddhism performed a ritual known as the Vajra dance which was performed in order to dissolve obstacles. His Holiness the Karmapa then addressed the audience, expressing his gratefulness for being invited back to Taiwan, on this, his fifth visit. His Holiness then continued with a teaching on compassion, and talked about why it is so important for us to develop and practice compassion as often as possible.  His Holiness continued on the theme of compassion and led the audience in the four-armed Chenrezig practice.  In Tibetan Buddhism, Chenrezig is known as the embodiment of the compassion of all the Buddhas.

The main part of the ceremony of the day was “Samantabhadra’s Aspiration Prayer” which is also known as the the King of Aspiration Prayers. The ritual involves recitation of prayers for the benefit of all sentient beings, both living and deceased.  It is said that the prayers are a compilation of aspiration prayers from many of the sutras. Thus, as the sutras are the direct and preserved teachings of Buddha Shakyamuni, the Buddha himself would have recited these same prayers thousands of years ago. After the ceremonies came to an end, the Karmapa stayed on to give a personal blessing to the assembled practitioners.

The next official engagement was on 2nd May, where Karmapa was invited as an esteemed guest to the opening ceremony of a Buddhist exhibition at Taiwan National Palace Museum. 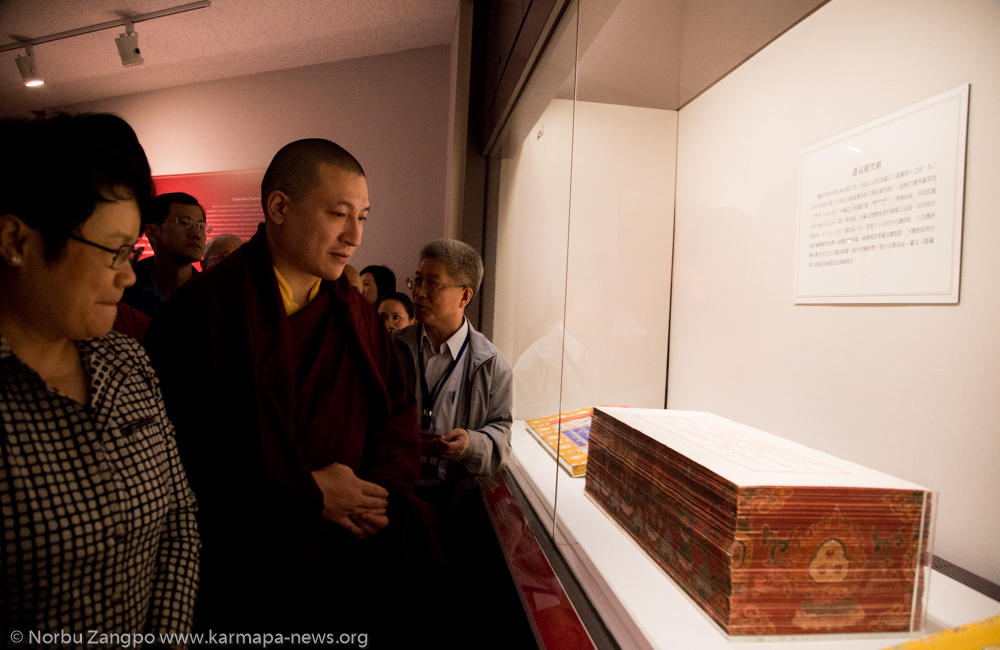 During this short visit, Gyalwa Karmapa granted audiences to many distinguished guests and devotees. 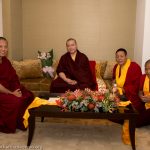 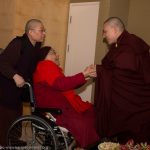 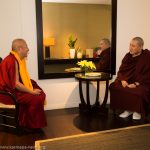 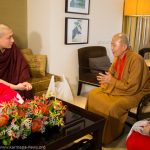 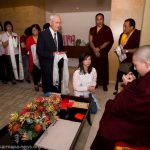 For further information and a collection of photos from the event please visit: