His Holiness the 17th Karmapa continues his 2016 10 day tour in Malaysia for what was about to be it’s first ever Kagyu Monlam.

The first day of the two day Malaysian Kagyu Monlam begins under the guidance of HH Gyalwa Karmapa. Its location was the Selangor Chinese Assembly Hall in Kuala Lumpur with over 1000 students and 100 Sangha members present. The day began with the traditional butter lamp offerings, led by His Holiness the Karmapa. Other venerable rinpoches in attendance were; His Eminence Jamgon Kongtrul Rinpoche, His Eminence Beru Khyentse Rinpoche, Sabchu Rinpoche, Lama Zopa Rinpoche. An honorable guest Mr Lawrence Low, secretary to the prime minister of Malaysia, was also in attendance. 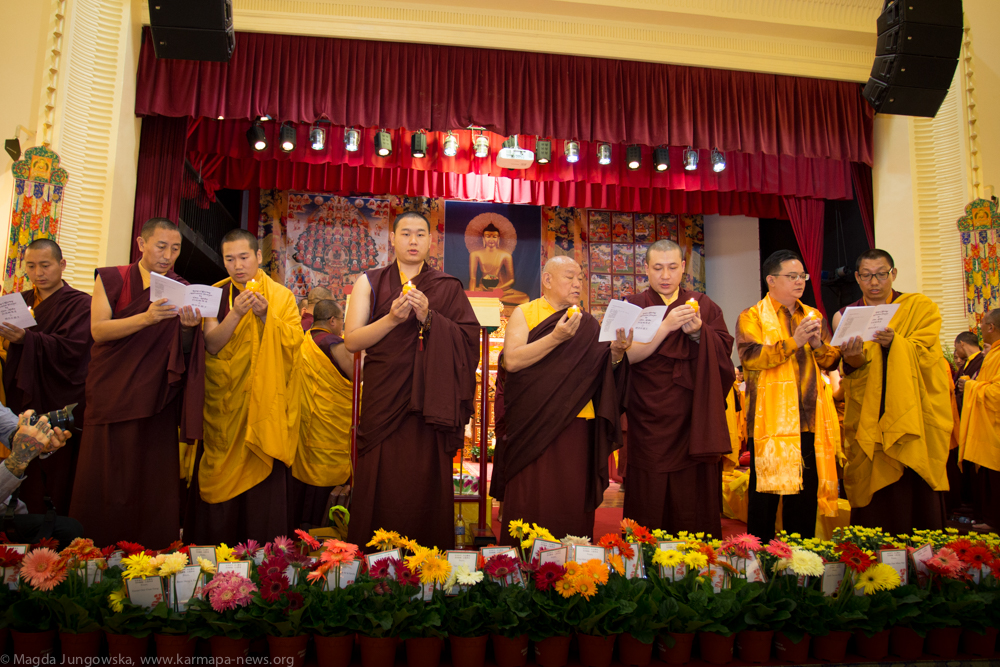 The ceremony began with the traditional recitation to Monlam which included refuge and bodhicitta. This was followed by the recitation of Samantabhadra, King of aspiration prayers and then there was a mandala offering by Lama Zopa Rinpoche of Karma Kagyu Dharma Society.. The day was concluded with offerings of symbols of body, speech and mind by followers and practitioners of the Karma Kagyu lineage. 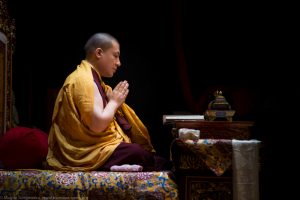 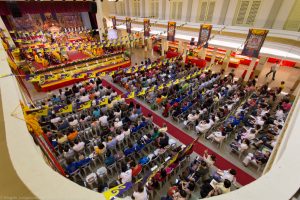 The second day of the Kagyu Monlam celebration started with the recitation of prayers and thereafter with Mandala offerings. Venerable rinpoches involved in this activity were; Beru Khyentse Rinpoche, Shangpa Rinpoche, Dimey Rinpoche, Sabchu Rinpoche. Also involved were representatives of the Karma Kagyu dharma society and many other lay practioners.

The afternoon session consisted of the Changchod puja for people who had passed away, with the Karmapa giving thorough explanation regarding the meaning of the ritual. One of the most prominent features of this explanation was that it is important for practitioners to “let go” of those who passed away.

After the puja, the final session ended with a speech by Jason Kok, president of the Karma Kagyu dharma society. There was thanks and gratitude to HH the Karmapa, the members of the Sangha and the many people who had travelled from the many countries around the world. To close the ceremony, there were final wishes and aspirations dedicated by the Karmapa to world peace and to the benefit of all sentient beings which were echoed by all those present.

The Naga vase offering ceremony was given on Friday morning by the coastline. There were four boats which set off and conducted the ritual of giving offerings of precious substances and vases for the Nagas who are the beings that live in the sea. The Sangha and all the participants from the ceremony then enjoyed lunch with HH Karmapa. The Karmapa then gave public audience for those who wished. To close the day His Holiness gave teachings on the preliminary practices and gave the oral transmission (lung) for practicing the Ngondro. 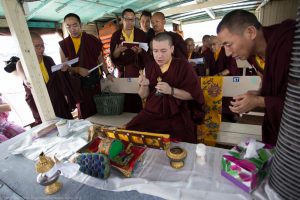 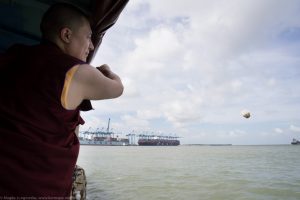 This was the final full day of HH Gyalwa Karmapa’s visit to Malaysia. His Holiness gave more public audiences, followed by a teaching about Guru Yoga. He then gave the oral transmission (lung) for the 16th Karmapa’s Guru Yoga practice.

The last event of the Karmapa’s visit was the Karma Kagyu dharma society KL’s 40th anniversary dinner. A lot of work went into the preparation of this special evening and a wonderful dinner was enjoyed by all. To compliment the final evening’s celebration there was an exhibition (performance) of art works.

The official launch the new website of KKDSKL was announced and greeted with applause. Finally, birthday wishes for HH Karmapa were given and he was presented with a magnificent cake. A traditional cake cutting ceremony took place and all present were able to share the occasion with a slice of the cake. This enjoyable evening rounded off a really successful and beneficial visit to Malaysia.

The Karma Kagyu dharma society KL expresses thanks and warm wishes to all of those who were involved in making the visit such a successful and auspicious occasion. Special thanks were also given to all the sponsors and organizers of HH Karmapa’s visit to Malaysia. 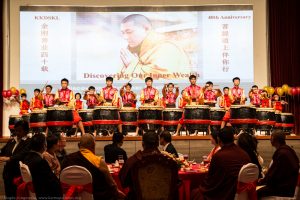 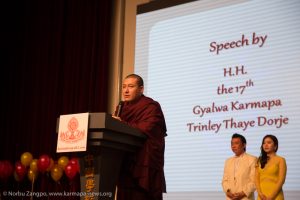 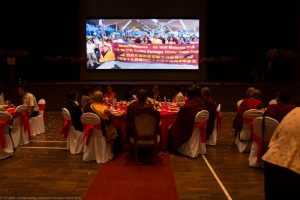 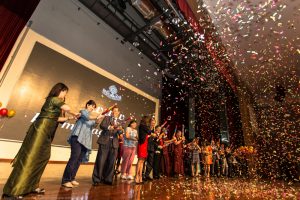 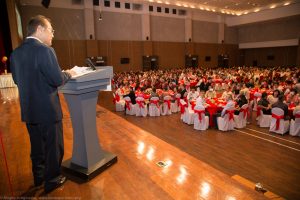 “The inner wealth would be none other than the understanding of one’s true nature.”